* With thanks to Abandon Skip 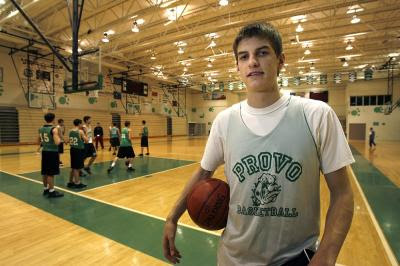 Two American Mormons, Chris Collinsworth and David Ferguson, after spending the day inÂ Auburn, were attacked by a group ofÂ Middle EasternÂ men (also described asÂ Lebanese MuslimÂ in one report) upon returning to their apartments. Collinsworth is a tall successful college basketballer, whom they targeted, and they succeeded in pinning him down and stabbing him. Ferguson tried to help and a passing car intervened. Both victims ended up in hospital. The location is only described as “little Lebanon“.

It appears thatÂ no Australia media or the NSW PoliceÂ have reported this story, one week after it happened. Why not? This is a serious unprovoked assault, and they almost succeeded in subduing Collinsworth and who knows what they had planned for him. Less serious assaults than this are regularly reported, so why not this one? Is protecting the image of Middle Easterners/Muslims now the highest function of our Police and media? Is it too much for the public to hear about a crime by Middle Easterners/Muslims that has no apparent motive other than the hatred of whites/Christians/Americans? Please explain.