Obama warns Netanyahu not to ‘surprise’ him by striking Iran 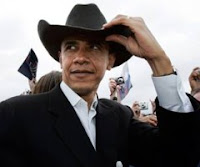 U.S. President Barack Obama has sent a message to Prime Minister Benjamin Netanyahu demanding that Israel not surprise the U.S. with an Israeli military operation against Iran. The message was conveyed by a senior American official who met in Israel with Netanyahu, ministers and other senior officials. Earlier, Netanyahu’s envoy visited Washington and met with National Security Adviser James Jones and with Secretary of State Hillary Clinton, and discussed the dialogue Obama has initiated with Tehran. Â More>>

Hussein Obama has found Â a way to pass the buck to the courts.Â The Muslim POTUSÂ was criticized for last month’s release of memos authorizingÂ harsh interrogation techniques. If the photos are now made public overÂ White HouseÂ objections, the inevitable outrage might be deflected toward the courts and away from the president. More>> 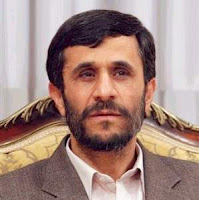 Here’s Charles Krauthammer’s take on whetherÂ Israel will attack IranÂ to prevent it from getting nuclear weapons.

I think everybody understands that any Israeli government, even the previous, the more dovish, if you like, Ehud Olmert, the government in Israel, would have attacked if nothing is done by the end of this year.

It’s not about the new prime minister. It’s about Israel itself. No government will tolerate a nuke in the hands of Iran.

The only question is, does Israel have the capacity to actually destroy this nuclear capacity on the part of Iran enough to set it back about half a decade? If it doesn’t, then it would be a futile and dangerous act.

I’m going to go out on a limb and disagree with Krauthammer. Here’s why.