Once again, the MSM is doing the bidding for the Muselmaniacs. Like clockwork, Â after every terrorist attack, the choir of lullaby howlers Â pops up and gives us their Â pathetic “tiny minority of extremists” song and dance. 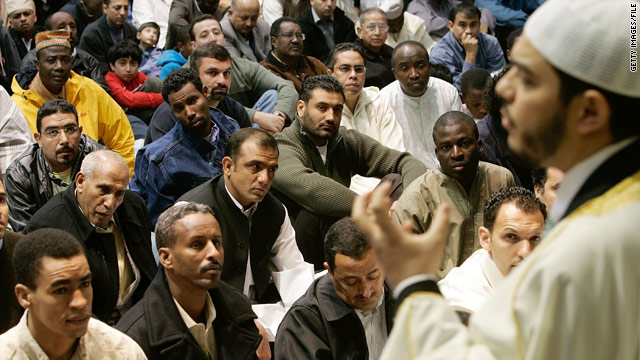 Public officials should attend events at mosques, as they do churches and synagogues, the study recommended.

(CNN) — The terrorist threat posed by radicalized Muslim- Americans has been exaggerated, according to a study released Wednesday by researchers at Duke University and the University of North Carolina at Chapel Hill.

Then check who is behind this “study:”

Duke University, the Department of Justice, and the MSM are in full agreement: members of the public have nothing to fear. Despite appearances â€” despite the armed Jamaat ul-Fuqra camps spread throughout our rural areas, despite the Sudden Jihad Syndrome warriors who run people over and stab them and shoot them, despite Muslim husbands who behead their wives and murder their daughters for wearing tank tops, despite the Shoe Bomber and the Lap Bomber, despite the Killer Shrink of Fort Hood â€” despite all this, we must be calm. We should relax and return to our daily business, knowing that Islamic terrorism in the United States is nothing to worry about. Everything is A-OK, folks; just go back to sleep.

Based on its grant number (2007-IJ-CX-0008), this study was fathered by Michael Chertoff’s Justice Department, but its birth was midwifed by Eric “Let’s try the terrorists in NYC” Holder.

Ebrahim Moosa is Associate Professor of Islamic Studies in the Department of Religion at Duke University. His interests span both classical and modern Islamic thought with a special interest in Islamic law, ethics and theology. Moosa is the author of Ghazali and the Poetics of Imagination, winner of the American Academy of Religion’s Best First Book in the history of religions (2006). He was named Carnegie Scholar in 2005 to pursue research on the madrasas, Islamic seminaries of South Asia.

There’s a lot of information compacted into that paragraph.

Islamic law, eh? Which school â€” Hanafi, Hanbali, Maliki? Or does he devote his scholarly attentions to theÂ ’Umdat al-Salik by Ahmad ibn Naqib al-Misri, which represents the Shafiite School? All four schools agree on all major points about the law of jihad, so perhaps Dr. Moosa chooses to stay away from the lot of them.

The description of Pakistani madrassas as “Islamic seminaries” is an ingenious feint, evoking as it does Western institutions in which science, history, literature, and art are studied in addition to theology and scripture. But “students” in madrassas memorize a single book, the Koran, and the only additional knowledge that is considered proper is derived from the sayings and commentary found in the hadith and the sunna. Nothing else goes on in madrassas. No ballet, no history club, no local chapter of Students for a Sustainable Future. Just the Koran, the hadith, and the sunna. The Five Pillars of Islam.

Read the whole thing from the Gates of Vienna

Nobody does it better than Fareed Zakaria, Â the slick son of an Indian imam, Hussein Obama’s spiritual advisor and author of Â “The Post American World”- 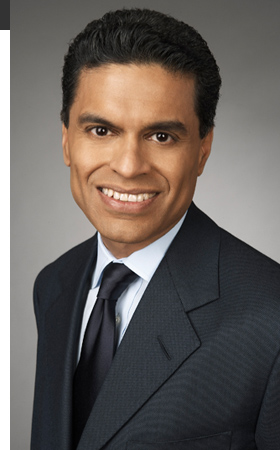 As long as Â Mecca has not been disappeared under a mushroom cloud we haven’t even begun Â to panic….

How our frenzied response to terrorism only feeds it.

In responding to the attempted bombing of an airliner on Christmas Day, Sen. Dianne Feinstein voiced the feelings of many when she said that to prevent such situations, “I’d rather…overreact than underreact.” This now appears to be the consensus view in Washington, but it is quite wrong. In fact, precisely the opposite is true. The purpose of terrorism is to provoke an overreaction. Its real aim is not to kill the hundreds of people directly targeted but to sow fear in the rest of the population. Terrorism is an unusual military tactic in that it depends on the response of the onlookers. If we are not terrorized, then the attack didn’t work. Alas, this one worked very well.

The attempted bombing says more about Al Qaeda’s weakened state than its strength. In the eight years before 9/11, Al Qaeda was able to launch large-scale terrorist attacks on several continents. It targeted important symbols of American powerâ€”embassies in Africa; a naval destroyer, the USSÂ Cole; and, of course, the World Trade Center. The operations were complexâ€”a simultaneous bombing of two embassies in different countriesâ€”and involved dozens of people of different nationalities who trained around the world, moved significant sums of money around, and coordinated their efforts over months, sometimes years. And every attack succeeded.

On Christmas a Qaeda affiliate launched an operation using one person, with no special target, and a failed technique tried eight years ago by “shoe bomber” Richard Reid. The plot seems to have been an opportunity that the group seized rather than the result of a well-considered strategic plan. A Nigerian fanatic with (what appeared to be) a clean background volunteered for service; he was wired up with a makeshift explosive and put on a plane. His mission failed entirely, killing not a single person. The suicide bomber was not even able to commit suicide. But Al Qaeda succeeded in its real aim, which was to throw the American system into turmoil. That’s why the terror group proudly boasted about the success of its mission.

Is there some sensible reaction between panic and passivity? Philip Zelikow, the executive director of the 9/11 Commission and later a senior State Department official in the Bush administration, suggests that we should try to analyze failures in homeland security the way we do airplane catastrophes. When an airliner suffers an accident, major or minor, the National Transportation Safety Board convenes a group of nonpartisan experts who calmly and methodically examine what went wrong and then issue a set of recommendations to improve the situation. “We approach airline security with the understanding that it’s a complex problem, that we have a pretty good system, but that there will be failuresâ€”caused by human beings, technology, or other factors. The point is to constantly fix what’s broken and keep improving the design and execution,” says Zelikow.

Imagine if that were the process after a lapse in homeland security. The public would know that any attack, successful or not, would trigger an automatic, serious process to analyze the problem and fix it. Politicians might find it harder to use every such event for political advantage. The people on the front lines of homeland security would not get demoralized as they watched politicians and the media bash them and grandstand with little knowledge.

Overreacting to terrorist attacks plays into Al Qaeda’s hands. It also provokes responses that are likely to be large scale, expensive, ineffective, and perhaps even counterproductive. More screening for every passenger makes no sense. When searching for needles in haystacks, adding hay doesn’t help. What’s needed is a larger, more robust watch list that is instantly available to all relevant agencies in the government. Almost 2 million people travel on planes in the United States every day. We need to isolate the tiny percentage of suspicious characters and search them, not cause needless fear in everyone else.

As for the calls to treat the would-be Christmas bomber as an enemy combatant, torture him, and toss him into GuantÃ¡namo, God knows he deserves it. But keep in mind, the crucial intelligence we received was from the boy’s father. If that father had believed that the United States was a rogue superpower that would torture and abuse his child without any sense of decency, would he have turned him in? To keep this country safe we need many more fathers and uncles and friends and colleagues to have enough trust in America that they too would turn in the terrorist next door.

Fareed Zakaria is editor of NEWSWEEK International and author of The Post-American World and The Future of Freedom: Illiberal Democracy at Home and Abroad.

6 thoughts on “Go back to sleep! Here comes the lullaby brigades:”