Great things are happening all around the world, all at the same time. This is no accident:

Tommy Robinson arrived in a rabbi’s outfit â€” at the English Defence League demonstration today.Â I guess we can call him an honorary Jew now:

Outside the Cordon in Tower HamletsÂ Â (GoV)

British reader and commenter Thom Jefferson sends this photo essay from Tower Hamlets. He went behind enemy lines today to get these photos â€” that is, he stayed outside the police cordon that was keeping the EDL people “kettled” in their demo area.

Here are some photos from the other side of the lines.

I arrived at 1500 and tried to make my way from Whitechapel Road and Cambridge Heath. I walked down towards Aldgate Station to the end of the UAF protest. From photo1 you can see how the Met police penned in the EDL at the edge of the City of London at Aldgate station. 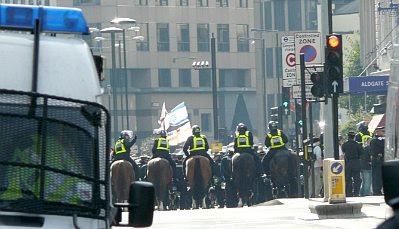 Photo 2 shows the stewards at the opposing line, surprise. surprise…. 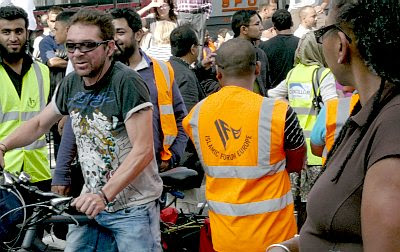 Photo 3 shows the extent of the police presence before Aldgate station. They would let no one pass:

Now unfortunately at 1900 a coach with EDL leaving the scene was ambushed by Muslims on Mile End Rd. I don’t as of now know what happened to them but the police presence was huge and this was a mile away from the protest (photo 4):
Read more Â»