“The king is under pressure from his western friends to respond convincingly to growing demands for change.”

Is Jordan about to experience its first big moment of the Arab spring?

Protests planned in Amman could see confrontation between opposition and loyalists, writesÂ Ian Black in the Guardian

Amman,Â Jordan‘s capital, has been largely spared the drama of events elsewhere in the Arab world over the past two years. Demonstrations in March 2011 were contained and protests since have been restricted to outlying areas – albeit in loyal East Bank heartlands such as Tafila and Ma’an. Talk of reform has been accompanied by three changes of prime minister. King Abdullah sacked his last one, Awn Khasawneh, because, the palace insisted, he was not moving fast enough. The other view is that he was getting too cosy in talks with the Islamic Action Front – the Jordanian branch of the Muslim Brotherhood.

If the US has tolerated the Muslim Brotherhood in Egypt, why not in the UAE?

Last April, the United Arab Emirates started cracking down on Islamists operating there, and eventually arrested 60 of them. Shortly after that, Dhai Khalfan, Dubai’s Police chief, startedÂ publicly warningÂ of an “international plot” to overthrow the governments of Gulf states, saying the region needs to be prepared to encounter any threat from Islamist dissidents as well as Syria and Iran”. Is the Muslim Brotherhood now ready to expand its dominance to oil-rich Arab nations after taking control of Egypt, the Arab country with the largest population?

You don’t like your neighbor in Egypt? Just accuse him of blasphemy! Problem solved!

FromÂ Egypt IndependentÂ via the Elder: 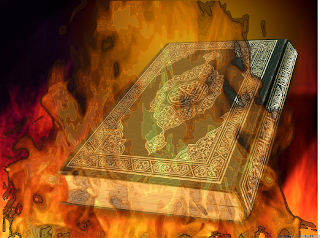 Egyptian prosecutors are bearing witness to a wave of blasphemy accusations following the production of “Innocence of Muslims,” a movie released this summer, as two Coptic minors and a teacher are referred to prosecution on religious blasphemy charges.
Â What the US and Europe Encourage

Many Muslim countries complaining about “blasphemy” and “hurt feelings,’ are themselves are rife with the vilest caricatures, programs, films and books â€” as the staple diet.

Â What the hell does it mean, “Offended?”

The response to both marauding rioters andÂ fatwa-drivenÂ heads of Islamic states must be a confident and unequivocal defense of First Amendment guarantees as enshrined in the Bill of Rights and confirmed by America’s highest Court.

Politicians in the world’s most powerful nation are trying to outdo themselves in showing they feel more offense even than those people who claim to be most offended.–The “Offense Against the Prophet” Wars

4 thoughts on “Is Jordan's plucky little king next?”