If you speak out against the criminal Obama regime you live dangerously. Nugent Â is a good guy Â who supports free speech and the second amendment to enforce it. Obamster goons don’t like that at all. 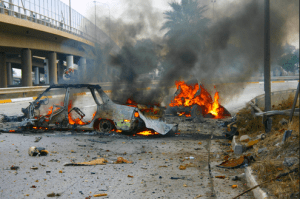 <Detroit, MI> Rocker and Conservative Activist Ted Nugent narrowly escaped an assassination attempt Thursday when a suspected car bomb tore through his convoy, wounding 22 people and leaving a major Detroit boulevard strewn with debris â€” the first such attack since the end of the Black Power 2013 Tour.

The strike, which left several other charred cars and broken building faÃ§ades, escalates the confrontation between the Nugent Camp and liberal extremists. It also hiked fears of a Nugent campaign of revenge for the outrage and raised the likelihood of an even tougher new set of guitar riffs by Nugent against liberal protesters demanding he give up his 2nd amendment constitutional rights.

Nugent entourage spokesmen immediately compared the attack to the days of the 1960â€²s free-love era, when radicals battling university campus security forces throughout the nation also attempted numerous assassinations. Far left militants failed in attempts on the lives of at least four successive right wing guitarists, the last in 1993, and succeeded in killing the drummer of a local conservative bar band.

Since the last election, when socialist leader Barrack Obama retained control of the executive branch, the concert tour’s backstage area has been under lock-down, and security have ousted nearly 2,000 members of the rock music press and other groupies/supporters.

In mid-August, Nugent security detachments moved in on two PETA sit-ins in Las Vegas after days of warnings, forcefully dispersing the crowd. In the process, counter-violence was set in motion, as area buildings, bars and gun shops came under protest around the city.

Far left hard-liners have stepped up protests on the Nugent tour in the Upper Peninsula and in the south, tried to rock his tour bus at the strategic Mud Island Amphitheatre in Memphis, TN, and have increasingly brought demonstrations to other concert venues. 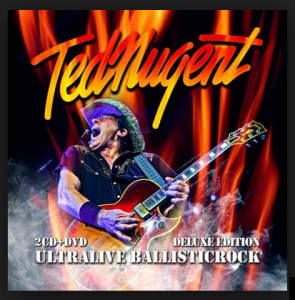 But Thursday’s bombing against Ted Nugent, whose latest DVD Ultralive Ballisticrock is out now, was a substantial escalation.

Opening act Laura Wilde’s office vowed in a statement that it would “not allow the terrorism that the conservative rocker crushed in the 1980s to raise its ugly head again.” Nugent Drummer “Wild” Mick Brown, the man who kept Dokken’s beat, vowed to continue the fight against terrorism.

National Rifle Association Speakers on TV and affiliated media urged concert ticket holders to exercise caution, report suspicious activities or individuals, and called on tour venue security to widen their crackdown on suspected liberal protesters to prevent the recurrence of such attacks.

Nugent has for weeks vilified the protesters, associating the sporadic violence with ACORN supporters and as part of an orchestrated protest and terror campaign.

The latest attack is likely to further isolate the socialists. “When lives of innocents are targeted, those who support that or justify it will not be allowed into the concert venue,” Derek St. Holmes, rhythm and co-lead guitarist, said in a statement.

Allies of PETA sought to distance themselves from the attack. Some even ridiculed it as an attempt to frame them.

The anti-Nugent coalition (ANC), a group of PETA and anti-2nd Amendment factions which has held protests since the Little Miss Dangerous Tour in 1986, however, predicted that the new attack would provide Nugent Security the pretext to widen the crackdown on concert goers and backstage pass holders. 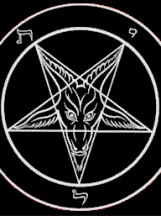 “The ANC is against any violent act even if it is against those who shamelessly promote Ted Nugent and NRA causes because we aim to uphold the law,” the coalition said in an official press release. “It expects that such incidents will be used to extend the concert venue security crackdowns and to increase the use of 2nd Amendment solutions and unlawful detention of protesters which have been used by the tour authority.”

Nugent Security officials said initial investigations showed the blast came from a parked car loaded with around 90 pounds of explosives in the trunk. They spoke on condition of anonymity to reveal the information before the probe was completed. Witnesses also said the bombing seemed to emanate from a parked car that blew up as Nugent’s tour bus passed by.