In his latest statements as reported on Monday, Kerry warned that Israel could become an “apartheid state,” like South Africa if it doesn’t continue on its ‘two-state solution’ path, which of course involves Israel making suicidal land concessions to Arab Muslims who would annihilate any Jew they can get their hands on.–Kerry the false prophetÂ (EoZ)

A tour and census of Palestine year 1695: No sign of Arabian names or Palestinians

If you don’t submit to Mohammedan supremacy Â you must be a terrorist. Bomb a Jewish Kindergarten and you are a hero for these genocidal zombies. 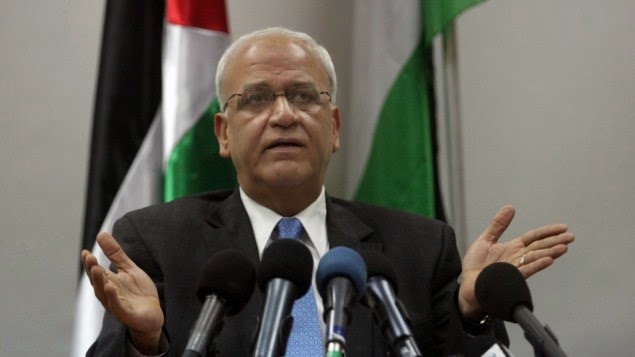 A couple of days ago Saeb Erekat made some headlines in Israeli media byÂ declaringÂ that ““Hamas is not and will never be a terrorist organization to us.”He has now added to that theme, by saying that not only is Hamas not a terror group, but Israel is the real terrorist entity.

Arabic mediaÂ is reporting that Erekat said that “the occupation is the worst kind of terrorism under international law.”

HeÂ repeated himselfÂ to Al-Hayat Al-Jadida, saying: “The real terrorism is the [Israeli] occupation and settlement construction, and not Hamas.”

No doubt the Quartet just nodded their collective heads, thinking that Erekat has the right to his own narrative where terror is peace, right is wrong and black is white.