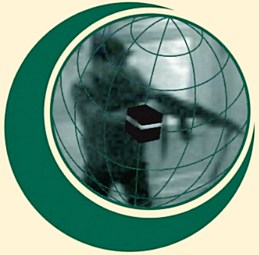 As weÂ reported here last week, President MiloÅ¡ Zeman of the Czech Republic made a remarkable speech at the a closed-door reception on May 26th to celebrate Israel’s Independence Day. Unique among Western political leaders, Mr. Zeman was willing to call out Islam itself â€” not “radicalism”, not “extremism”, not “Islamism”, but the “very essence of the ideology” â€” for its anti-Semitism and instigation of violence.

It’s no surprise that the Organization of Islamic Cooperation wasÂ very disappointedÂ in what the Czech leader said. President Zeman made his speech almost two weeks ago, but the OIC’s statement of disapproval is still featured at the top ofÂ the organization’s main web pageÂ as of this writing. The speech was barely noticed in the Western press, but its prominence on the OIC’s website is an implicit recognition of its significance.

In case you missed it, here are a couple of paragraphs fromÂ the textÂ that caused so much heartburn among the luminaries of the OIC:

After all, one of the paragraphs of the statutes of Hamas says: “Kill every Jew you see.” Do we really want to pretend that this is an extreme viewpoint? Do we really want to be politically correct and say that everyone is nice and only a small group of extremists and fundamentalists is committing such crimes?

Below is the text of theÂ OIC’s statement, with my own remarks interpolated:

The Secretary General of the Organization of Islamic Cooperation, Iyad Ameen Madani, expressed his disappointment at the reported statements made by the Czech President, MiloÅ¡ Zeman, on 26 May 2014 at the Israeli Embassy in Prague that “Islamic ideology rather than individual groups of religious fundamentalists was behind violent actions similar to the gun attack at the Jewish Museum in Brussels.”

“I believe that this xenophobia and this racism or anti-Semitism stem from the very nature of the ideology on which these fanatical groups rely, I know about an anti-civilization movement that calls for the massive murdering of Jews,” the Czech President was quoted to say.

Now, why would the earnest scribblers at OIC headquarters want to skip that well-known and authoritative piece of Islamic scripture? As respected Muslim citizens of proven integrity, they would be the last people in the world to obfuscate any documentary evidence buttressing President Zeman’s case.

No, it must have been an oversight on their part. Or maybe an error at the printer’s. Or an HTML slip-up by an inexperienced webmaster. But surely not a deliberate omission…

Mr. Madani stated that the Czech President’s recent statements on Islam are in line with the previous statements the President made in the past, where he linked “believers in the Quran with anti-Semitic and racist Nazis”; and that “the enemy is anti civilization spreading from North Africa to Indonesia, where two billion people live”.

Such statements, said Mr. Madani, not only shows President Zeman’s lack of knowledge and misunderstanding of Islam, but also ignores the historical facts that anti-Semitism and Nazism are a European phenomena through and through. They have no roots in Islam, neither as a religion nor as a history or civilization. The Holocaust did not take place in the area from North Africa to Indonesia, Madani said.

The authors are evidently unfamiliar withÂ The Legacy of Islamic AntisemitismÂ by Andrew G. Bostom, in which the evidence of 1400 years of Islamic Jew-hatred is meticulously compiled. Perhaps someone should send them a copy of the book, which will provide ample leisure-time reading during the long hungry daylight hours of Ramadan next month.

Were you waiting for the dreaded “Islamophobia” to make an appearance? Well, here it comes, albeit with a spelling error: