Back Off, Dhimmi. Know Your Place!

A senior Jewish leader in Sydney, who also holds a government post, is under fire for an email that accuses Hamas of “war crimes” but avoids reference to Palestinian deaths from Israel’s operation in Gaza.Â Vic Alhadeff, chief executive of the New South Wales Jewish Board of Deputies and chair of the Community Relations Commission, was reprimanded by Mike Baird, the premier of New South Wales, the Sydney Morning Herald reported Saturday.

Gaza is being bombed by the compassionate Jews, whose morality is light years ahead of the brutal Arabs. What irony: The Palestinians are driven from their homeland and attacked in the refugee camps, and the Jews boast of being more moral.

…Sunday with bats and chairs, then fought with security officers who blocked their way, according to police and a witness. (Vlad)

– Death to the Jews
– Death to Ashkenazi!
– Hitler was right
– Hamas Resistance!
– Jihad! Jihad! Jihad!
– Palestine must finish the job (started by Hitler) 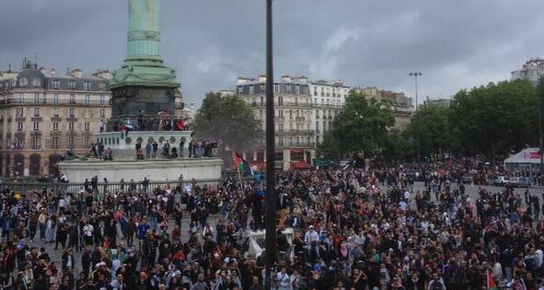 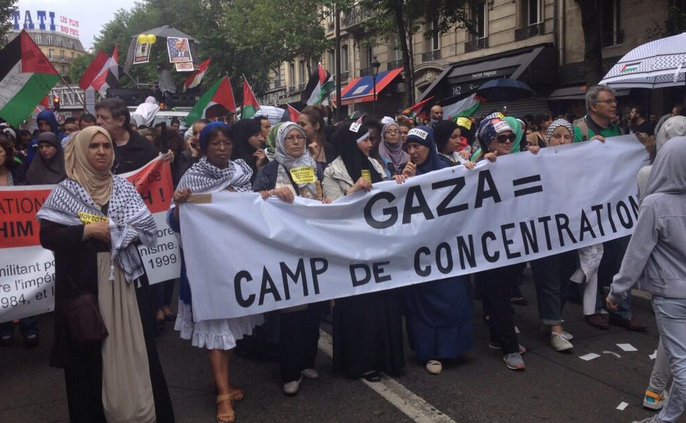 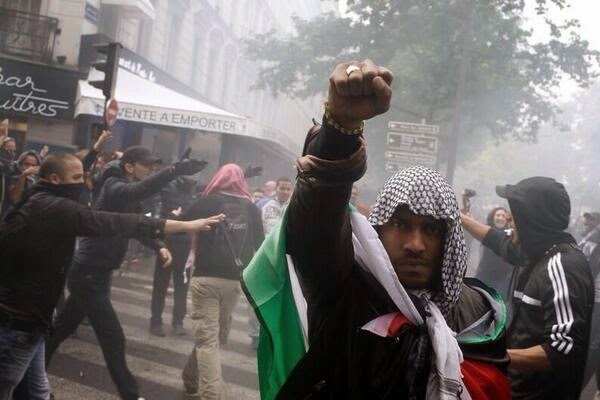 In restaurants passersby do not know what to say. In any case, they do not dare move. France has worked the same way: the good people were too scared to move.

We see Palestinian flags, Algeria, Iraq. Signs of support to the Muslim Brotherhood and Hamas. Not a word about the children of Syria. Or carnage in Sudan. Or slavery in Qatar. Or women’s rights in Saudi Arabia. Tolerance, respect and love? No, simply hate. Eyes that scream “Die!”

And even … And even a replica of a Palestinian missile that crashed on an Israeli nursery is paraded. Widely applauded. Those who can, embrace. Admiration.

No Muselmaniac gives a shiite.

This afternoon the demonstration in Paris is to denounce the 150 dead in Gaza.

And in the streets, scooters reversed. Police remains speechless. Jews locked themselves in synagogues.

3 thoughts on “Islamofascists & Far Left Rabble Scream "Death to the Jews" in the Streets of Paris….”