Know your enemy. To know what ISIS is, we have to clear away the media myths about ISIS.

ISIS is not a new phenomenon. 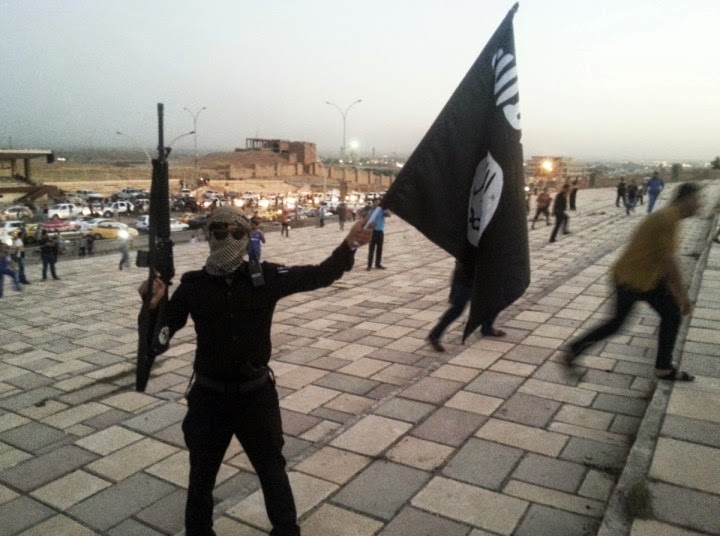 Wahhabi armies have been attacking Iraq in order to wipe out Shiites for over two hundred years. One of the more notably brutal attacks took place during the administration of President Thomas Jefferson.

That same year the Marine Corps saw action against the Barbary Pirates and West Point opened, but even Noam Chomsky, Michael Moore and Howard Zinn chiming via Ouija board would have trouble blaming the Wahhabi assault on the Iraqi city of Kerbala in 1802 on the United States or an oil pipeline.

Forget the media portrayals of ISIS as a new extreme group that even the newly moderate Al Qaeda thinks is over the top, its armies are doing the same things that Wahhabi armies have been doing for centuries. ISIS has Twitter accounts, pickup trucks and other borrowed Western technology, but otherwise it’s just a recurring phenomenon that has always been part of Islam. Sunnis and Shiites have been killing each other for over a thousand years. Declaring other Muslims to be infidels and killing them is also a lot older than the suicide bomb vest.

Al Qaeda and ISIS are at odds because its Iraqi namesake had a different agenda. Al Qaeda always had different factions with their own agendas. These factions were not more extreme or less extreme. They just had different nationalistic backgrounds and aims.

The Egyptian wing of Al Qaeda was obsessed with Egypt. Bin Laden was obsessed with Saudi Arabia. Some in Al Qaeda wanted a total world war. Others wanted to focus on taking over Muslim countries as bases. These differences sometimes led to threats and even violence among Al Qaeda members.

Bin Laden prioritized Saudi Arabia and America. That made it possible for Al Qaeda to pick up training from Hezbollah which helped make 9/11 possible. This low level cooperation with Iran was endangered when Al Qaeda in Iraq made fighting a religious war with Shiites into its priority.

That did not mean that Bin Laden liked Shiites and thought that AQIQ was “extreme” for killing them. This was a tactical disagreement over means.

During the Iraq War, Bin Laden had endorsed Al Qaeda in Iraq’s goal of fighting the Shiite “Rejectionists” by framing it as an attack on America. AQIQ’s Zarqawi had privately made it clear that he would not pledge allegiance to Osama bin Laden unless the terrorist leader endorsed his campaign against Shiites.

Bin Laden and the Taliban had been equally comfortable with Sipahe Sahaba and Lashkar-e-Jhangvi which provided manpower for the Taliban while massacring Shiites in Afghanistan and Pakistan. Last year LEJ had killed over a hundred Shiite Hazaras in one bombing.

The narrative that ISIS was more extreme than Al Qaeda because it killed Shiites and other Muslims doesn’t hold up in even recent history.

The media finds it convenient to depict the rise of newly extremist groups being radicalized by American foreign policy, Israeli blockades or Danish cartoons. A closer look however shows us that these groups did not become radicalized, rather they increased their capabilities.

ISIS understood from the very beginning that targeting Shiites and later Kurds would give it more appeal to Sunni Arabs inside Iraq and around the Persian Gulf. Bin Laden tried to rally Muslims by attacking America. ISIS has rallied Muslims by killing Shiites, Kurds, Christians and anyone else it can find. 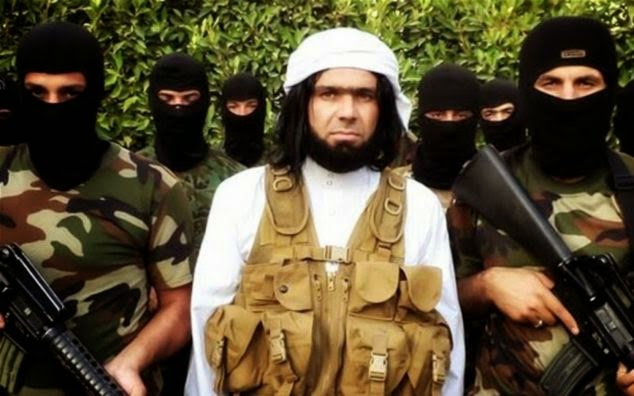 Every news report insists that ISIS is an extreme outlier, but if that were really true then it would not have been able to conquer sizable chunks of Iraq and Syria. ISIS became huge and powerful because its ideology drew the most fighters and the most financial support. ISIS is powerful because it’s popular.

ISIS has become more popular and more powerful than Al Qaeda because Muslims hate other Muslims even more than they hate America. Media reports treat ISIS as an outside force that inexplicably rolls across Iraq and terrorizes everyone in its path. In reality, it’s the public face of a Sunni coalition. When ISIS massacres Yazidis, it’s not just following an ideology; it’s giving Sunni Arabs what they want.

Jamal Jamir, a surviving Yazidi, told CNN that his Arab neighbors had joined in the killing.

ISIS is dominating parts of Iraq and Syria because it draws on the support of a sizable part of the Sunni Arab population. It has their support because it is committed to killing or driving out Christians, Yazidis, Shiites and a long list of peoples in Iraq who either aren’t Muslims or aren’t Arabs and giving their land and possessions to the Sunni Arabs.

The media spent years denying that the Syrian Civil War was a sectarian conflict between Sunnis and Shiites. It’s unable to deny the obvious in Iraq, but it carefully avoids considering the implications.

Genocides are local. They are rarely carried out without the consent and participation of the locals. An army alone will have trouble committing genocide unless it has the cooperation of a local population that wants to see another group exterminated. When we talk about ISIS, we are really talking about Sunni Arabs in Iraq and Syria. Not all of them, but enough that ISIS and its associated groups have become the standard bearers of the Sunni civil wars in Syria and Iraq.

Hillary Clinton and John McCain can complain that we could have avoided the rise of ISIS if we had only armed the right sort of Jihadists in Syria. But if ISIS became dominant because its agenda had popular support, then it would not have mattered whom we armed or didn’t arm.

We armed the Iraqi military to the teeth, but it didn’t do any good because the military didn’t represent any larger consensus in an Iraq divided along religious and ethnic lines.

To understand ISIS, we have to unlearn many of the bad ideas we picked up since September 11. Terrorists, the media tell us, represent some extreme edge of the population. If they have popular support, it’s only because the civilian population has somehow become radicalized. (And usually it’s our fault.)

And yet that model doesn’t hold up. It never did.

The religious and ethnic strife in the Middle East out of which ISIS emerged and which has become its brand, goes back over a thousand years. If support for terrorism emerges from radicalization, then the armies of Islam were radicalized in the time of Mohammed and have never been de-radicalized.

Terrorism is not reactive. As ISIS has shown us, it has a vision for the future. The Caliphate, like the Reich, is a utopia which can only be created through the mass murder and repression of all those who do not belong. This isn’t a new vision. It’s the founding vision of Islam.

We can defeat ISIS, but we should remember that its roots are in the hearts of the Sunni Muslims who have supported it. ISIS and Al Qaeda are only symptoms of the larger problem.

We can see the larger problem flying Jihadist flags in London and New Jersey. We can see it trooping through Australian and Canadian airports to join ISIS. We can see it in the eyes of the Sunni Arabs murdering their Yazidi neighbors. ISIS is an expression of the murderous hate within Islam. We are not only at war with an acronym, but with the dark hatred in the hearts of men, some of whom are in Iraq and Pakistan. And some of whom live next door. – See more at: http://sultanknish.blogspot.com.au/2014/08/what-is-wrong-with-isis-is-what-is.html?utm_source=feedburner&utm_medium=feed&utm_campaign=Feed:+FromNyToIsraelSultanRevealsTheStoriesBehindTheNews+(from+NY+to+Israel+Sultan+Reveals+The+Stories+Behind+the+News)&utm_content=FaceBook#sthash.JoIjhq0N.dpuf