Feel Good Story of the Day

A Swiss hostage has escaped from IÂ al Qaeda affiliated Abu Sayyaf in the Philippines after over two years in captivity, killing his guard with a machete.

Lorenzo Vinciguerra, 49,Â madeÂ his escape after government forces fired artillery rounds in the jungle camp where he was being held, near the mountainous Patikul town in Sulu province,Â the Associated Press reports. (Full article below the fold)

.
Obama bloviated: “It is my highest responsibility to do everything possible to protect American citizens. As this and previous hostage rescue operations demonstrate,…

Kalantar, from Coventry, was known as Ali al-Farsi, and is believed to have been killed two days ago in Iraq. … Â (al-Farsi sounds likeÂ he was most likely an Iranian with a British passport.)

We live in a Bizarro World, a world where White Genocide is being carried out in the name of “Diversity,” and any objection to this anti-white policy is banned. 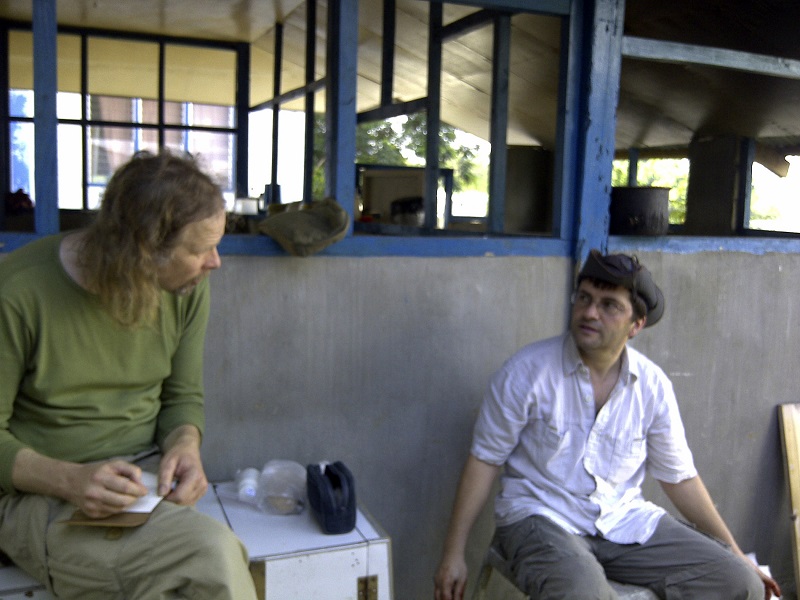 A Swiss hostage has escaped from Islamist extremistÂ groupÂ Abu Sayyaf in the Philippines after over two years in captivity, killing his guard with a machete.

Lorenzo Vinciguerra, 49,Â madeÂ his escape after government forces fired artillery rounds in the jungle camp where he was being held, near the mountainous Patikul town in Sulu province,Â the Associated Press reports.

Vinciguerra slashed one Abu Sayyaf militant commander on the neck as he ran away, but was wounded on his left cheek by other militants, security officials said.

The bird watcher was later found by Filipino army rangers and brought to safety.

Colonel Allan Arrojado, commander of the Philippine army’s Joint TaskÂ GroupÂ said: “He dashed while other bandits were shooting at him.”

Vinciguerra was captured by Abu Sayyaf militants alongside Elwold Horn, a DutchÂ nationalÂ and another European birdwatcher in nearby Tawi-Tawi province in February 2012.

The Swiss wildlife photographer shouted at Horn to escape but the Dutch man was “veryÂ sickÂ and very weak” so unable to make a bid for freedom.

A FilipinoÂ guideÂ who was with them escaped by jumping into the sea as the militants were taking them by boat from Tawi-Tawi to Jolo island in Sulu – a predominantly Muslim province where Abu Sayyaf has withstood years of US-backed military offensives.

Last month,Â clashes between the Filipino army and Abu SayyafÂ left at least 14 people dead in the volatile south of the country.

Who is Abu Sayyaf?

The Abu Sayyaf is holding several other foreign and Filipino hostages. The muslim rebel faction was founded in the early 1990s on Basilian island near Jolo, and is believed to have links to Isis (IslamicÂ State) and al-Qaeda.

One of the group’s leaders, Isnilon Hapilon, recently pledged allegiance to theÂ IslamicÂ StateÂ groupÂ operating in Syria and Iraq.

Abu Sayyaf is composed ofÂ IslamicÂ preachers and outlaws, and is committed to waging a holy war against the predominantly Roman Catholic nation.

TheÂ groupÂ lost its key leaders early in combat, leading it to embark on a path of extremism and crime. It has developed a reputation for its deadly use of bomb attacks, extortion and abductions.

The extremist organisation has an estimated 400 fighters split into about six factions, and it still holds several hostages, including a Malaysian police officer and a JapaneseÂ treasureÂ hunter.

In October, twoÂ GermanÂ tourists were released after Abu Sayyaf was reportedly paid a ransom of 250 million pesos (Â£3.5m).

WashingtonÂ lists Abu Sayyaf as a terrorÂ groupÂ and blames it for deadly attacks on US troops, foreign missionaries, tourists and civilians in the south.

One thought on “Escape of a Birdwatcher”