… but kafirs are told it doesn’t apply to them. (Until it does.)

KOTA BARU, March 19 — Non-Muslims in Kelantan have no say over PAS’ plans to roll out hudud law in the state as it does not affect them, a state government official said today. …

More nothing to do with uppity Kuffar at The Malay Mail Online thanks to Mullah, pbuh 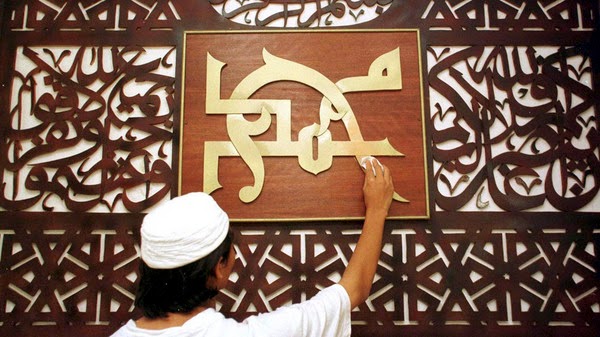 A Malaysian state governed by an opposition Muslim party passed a law on Thursday mandating tough Islamic criminal punishments, a move that threatens to break up a fractious opposition alliance.

The state assembly of Kelantan, which is controlled by the Pan-Malaysian Islamic Party (PAS), unanimously passed penalties including amputations for theft and stoning to death for adultery, according to Malaysian media reports.

It isn’t law yet but here is some background:

Earlier, Kelantan chief minister Ahmad Yakob told the assembly that the new laws would be only applicable to all Muslims of sound mind and who have attained puberty and thereby deemed to be able to discern right from wrong.

“This law is certain to bring equal justice for all as it is a law designed by Allah the Great and Wise. Those who accused the law as inhumane are liars and such accusations are made by those immoral,” he said.

DAP said hudud defies the Federal Constitution and it will continue to reject hudud as it is impractical and against the Pakatan Rakyat (PR) opposition coalition’s common policy framework.

DAP national political education director Liew Chin Tong said the amendment would create a wedge in PR and, if unresolved, could lead to a new anti-Umno coalition in the future.

The Bill stipulates six offences that are punishable under hudud. One of the offences is falsely accusing others of unlawful relations. Before a charge of illicit sex can be upheld, there must now be four witnesses to an act. This offence is punishable by 100 lashes.

Hudud cannot be implemented as the Federal Constitution bars overlapping criminal codes, and a constitutional amendment would require a two-thirds majority in Parliament – which Umno and PAS together cannot muster.

However, there have been suggestions that a legal carve-out could be implemented requiring a simple majority in Parliament.