The ISIS massacre of 770 in Iraq that was so bloody it could be seen from space: 24 fanatics sentenced to hang after satellite evidence helped bring them to justice

The bloody aftermath of Islamic State’s mass execution of 770 Iraqi soldiers in Tikrit last year was so vast, it could be seen from space.

It was originally thought that 190 troops were slaughtered when the terror group overran and conquered Saddam Hussein’s hometown. But crucial satellite imagery uncovered three new execution sites and tripled the death toll.

These photographs, footage of the gruesome massacre and harrowing eyewitness accounts have now helped convict 24 of the ISIS fanatics behind the atrocity.

An Iraqi court has sentenced them to hang for their role in the slaughter of hundreds of soldiers on Wednesday. Four others were acquitted for lack of evidence and as many as 604 other militants, who are also thought to have taken part, are still at large. Bloody: Satellite imagery (pictured) and footage of Islamic State’s mass execution of 770 Iraqi soldiers has helped convict the militants of atrocity, and 24 of them have now been sentenced to hang by an Iraqi court. The bloodstains from the mass execution can be seen left Gruesome: Hundreds of Iraqi soldiers were rounded up by ISIS militants in Saddam Hussein’s hometown of Tikrit in June 2014 (pictured), before they were shot dead in bloody mass executions

Along comes another Swede, just when you thought you heard it all:

QUEEN OF THE IDIOTS: Swedish politician says ISIS terrorists are the ‘victims’

Muslims traveling from Sweden to the Middle East to commit mass murder and rape in the Islamic state, are victims of violence, says the new Moderate leader Anna… JEWSNEWS.CO.IL

Ramadan is Month of Violence and Hate 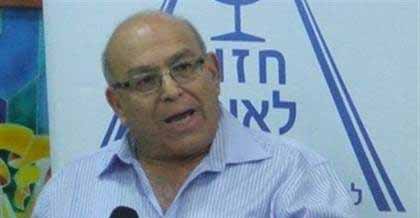 Middle East expert explains that Ramadan is ‘victory month’ and is the wrong time for any gestures.
.

Middle East expert Dr. David Bokai explained Tuesday on Arutz Sheva that Ramadan is traditionally a month of violence and is the wrong time to offer any kind of gestures to Muslims.

“Look at all of the terror attacks in Kuwait, France and here in Israel,” he explained. “They carry out terror attacks against all of the enemies of Islam. Ramadan is defined as the month of victory. All of the great victories of Mohammed and the expulsion of the Crusaders took place on that month. That is why Ramadan turns into a month of terror and violence worldwide.”

Dr. Bokai noted that Israel makes the same mistake every year, regarding Ramadan. “It’s amazing that we don’t learn, and we make gestures for Ramadan every year,” he said. “It drives me mad and makes me nauseous. This is not a month for making gestures, but for placing limitations. When you offer them gestures, you get terror and violence. In this month one should toughen and harden policy.”

The imam’s sermons also inflame the spirits, the expert added. “You see people from the middle class upward who are influenced by the serrmons at the mosques during Ramadan. After a 20-minute Friday sermon, they leave with a will to slaughter and kill. That is what characterizes Islam – it’s a religion of murder and not of peace. Its culture says that the entire world must be conquered.”

Not ‘culture’. Their “culture” is savagery. Its the doctrine of Islam that claims the world.