RT: A German dentist has been targeted by a “leftist bullying campaign” for his political views after it became public that he is the spokesman of a local branch of the rightwing Alternative for Germany party.
.

Marius Radtke, 64, a practicing dentist in Berlin, was targeted by “left extremists” after his part-time job – a spokesman for the district branch of far-right Alternative for Germany (AfD) party – became known to the public.

The story has been developing for weeks, but seems far from being over, Radtke told RT Deutsch show, Der Fehlende Part. Earlier in March, he received an open letter from Berlin Independent Dentists’ Association, urging him to step down from all professional unions because of his “political involvement.”

“Undemocratic, discriminatory and inhuman statements by your party are in blatant contradiction with your job responsibilities which require an impartial and human provision of medical care for all people in our city,” the letter said. 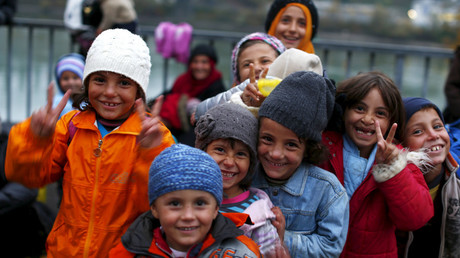 But the open letter, written in a reserved and polite way, was followed by a bullying campaign, Radtke said. “Left-extremists from [Antifa’s branch] distributed flyers against me in my neighborhood in Weissensee [Berlin district]. In one flyer they posted a picture of me, titled ‘A racist in the vicinity.’

The unknown activists also tried to hit Radtke’s wallet by depriving him of clients. His colleagues have received e-mails asking “not to send your patients to [Radtke].” They also staged a rally outside his dental clinic under the slogan “Weissensee is multi-colored.”

“You can imagine that immediately I got not only nervous but I was really scared for my existence. I had this clinic for over 30 years. And I believe over the years I’ve managed to build a good reputation. And now if my patients stop coming because of this action, my whole business will be in danger,” he said.

The anti-immigrant Alternative for Germany is the party that really cares “about problems of ordinary people and their worries,” he claimed. “When some people, not us, take the law into their own hands and commit crimes, it is not because of AfD but because of politicians’ decisions. [They] create an atmosphere of hatred around AfD, which encourages such groups.”

But the party has long been at the heart of public controversy for its anti-Islam and anti-immigrant rhetoric, which some view as demagogic, let alone harsh statements of its leaders that sparked criticism. Founded in 2013 by a group of economists and business people who advocated withdrawal from the Eurozone, it saw the leadership change in 2015 and focused specifically on Muslims and Germany’s migration policy.

The current party leader, 41-year-old Frauke Petry, told RT: “The existence of the AFD, which of course brings subjects on the agenda in a provocative way, looks as if we weren’t peaceful in the first place. But we believe in a very simple rule. You can only reach a consensus in society if you have lived the controversy before.”

Petry, previously a chemist and businesswoman, has been under fire in January, when she said that German police, “as a last resort,” must have a right to shoot at refugees crossing the border illegally.

Many in Germany viewed the statement as inflammatory, with the head of German police union Jorg Radek, telling Deutsche Welle at the time: “Whoever wants to deploy such methods clearly wants to suspend the rule of law.”

The party also takes tough stance on what it calls the “Islamization of Germany,” the hot issue that overlaps with slogans seen on rallies of another anti-immigrant movement, PEGIDA. Critics accuse such parties of playing people’s darkest emotions and promoting xenophobic ideas. AfD has been accused of using language similar to that of Adolf Hitler.

Despite widespread criticism and controversy, the AfD performed well at the recent regional election in March. It came third after Chancellor Angela Merkel’s Christian Democrats (CDU) percent, and the Social Democrats and scored 13.2 percent of the vote.

“Mainstream parties are paying the price for the voters’ protest,” CDU’s regional secretary general in Hessen, Manfred Pentz, told Suddeutsche Zeitung, adding that the party benefits from anti-immigrant backlash amid the heavy refugee crisis in Europe.