Borgard & Bergman will always have Paris. For us regular folks I’m not so sure what the future holds. Paris has become a dangerous place. Very unpleasant and very expensive. Why go there?

FRENCH police officers have been set on fire by Molotov cocktails in central Paris today as thousands took to the streets. 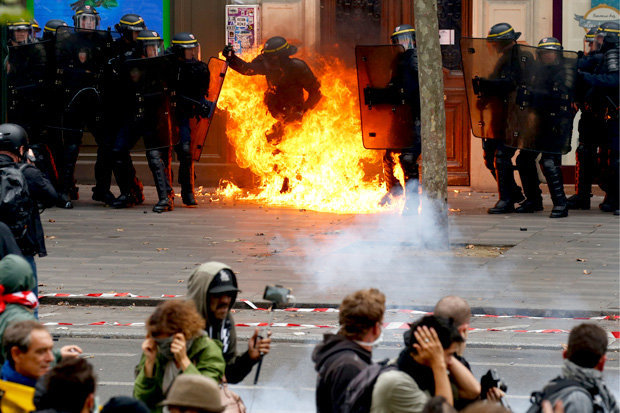 GETTYBLAZE: Police officers have been set on fire in the French capital
At least five were seriously injured around Place de la Republique, where a march ended just before 5pm.CRS riot police initially used tear gas and baton charges to try and restore order – before coming under heavy attack themselves.

“Molotov cocktails are landing right on top of them,” an eyewitness said. 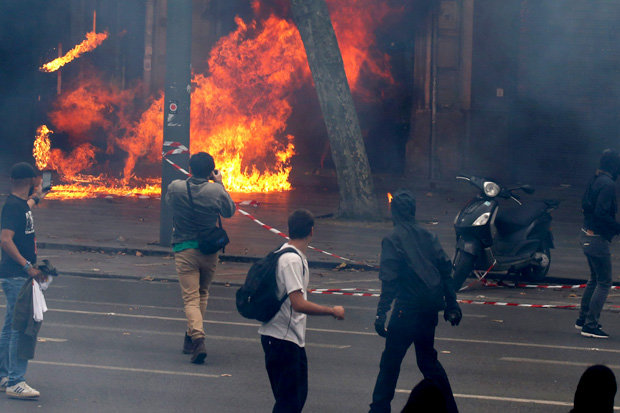 GETTYCARNAGE: Fire on the streets of Paris 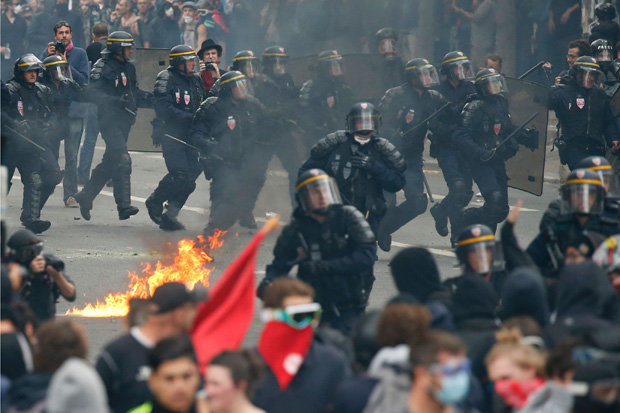 “Molotov cocktails are landing right on top of them”

“Police are getting badly hurt.”

Anarchists and other radicals wearing black hoodies and facemasks could be seen throwing the improvised bombs, together with bricks and metal bars.

“We’re here to fight back against a corrupt government,” said Florent Gilbert, a 19-year-old student who had gathered with a group of around 100 agitators.

“The police are trying to clear the streets but we have every right to show those in power what we think of them.”