Figures from the documents suggest that in the year ending September 2015, 65 per cent of the refugees who had their age disputed were found to be over 18, although the Home Office has no way of independently verifying their age.

Instead, the documents show that if a refugee is without their birth certificate, a Home Office screening officer will certify them as a child based on their “physical appearance” or “demeanour”.

Some people are trying to use a scientific method for establishing age. It is being widely resisted.

Migrant ‘children’ who arrived in Britain from Calais to critics claiming they look ‘old enough to be adults’ may look older ‘because war has toughened them up’, the…
DAILYMAIL.CO.UK

This “documentary” segment is grotesque

This is brutally biased anti-Eurpean propaganda. At no time does this piece of hack-journalism show any of the religious Muslims which people face every day,  hostile Muslims who hate  Europeans and their values. Instead, we are shown a couple of genuinely nice artistic Syrians. Most “Syrian refugees” are in fact Sunni jihadis from North Africa and Pakistan/Afghanistan. (Vlad)

In Denmark, policies aimed at deterring the arrival of asylum seekers — by making the country less hospitable — appear to be working. And yet that slowing hasn’t stopped the country from turning more to the right, in a dramatic reaction to the Middle East migration crisis. Special correspondent Malcolm Brabant reports from Copenhagen. 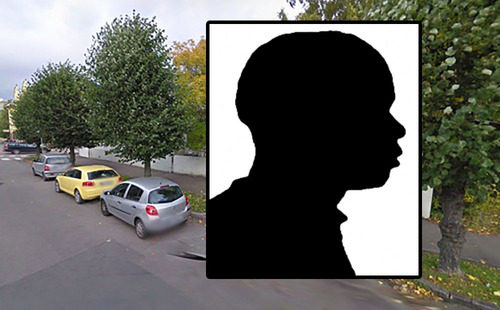 One of the African asylum seekers from Eritrea who was present when a woman in Ludvika was brutally gang-raped is now granted 140,000 Swedish kronor in damages from the Swedish taxpayers. Via Vlad Tepes

But as always, the real problem is “Islamophobia”, an imaginary disease:

“Islamophobia is a very real concern for many Muslim youth growing up in the West who are experiencing growing and increasingly open hostility,” he added. ..

Internecine Mohammedan warfare is not and should not become our business. We need to rigorously remove all misbehaving Mohammedans from civilized society.
.

The chief executive of the Quiliam Foundation, Haras Rafiq, has claimed that civil war has spread onto the UK’s streets.

He said this the killers deemed their victims “not being Muslim enough” and it has led to “ISIS-style” killings on British street.

He said: “The last three killings of Muslims to be picked up by the media have been carried out by those who have decided that their victims ‘are not Muslim enough’.” Arwani was murdered due to a power struggle over a mosque

Mr Rafiq said that the Salafi version of Islam excommunicates Muslims who are not the same as them and under Sharia law, this means that these people can be killed.

Rashad, who was jailed yesterday, decided to carry out the murder following a struggle over who had the right to run the An Noor cultural centre, a mosque in west London.