There can’t be a church in Istanbul because it is “not allowed under Turkish law.” That alone should be a  good enough reason not to submit to the islamic expansion project.Its good to see the Romanian people stand up against their politicians who are eager to pander to Erdogan’s allures. 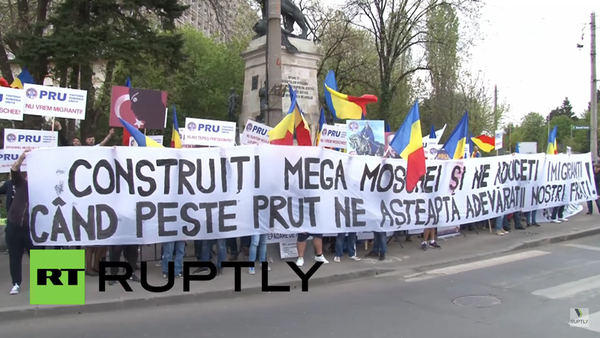 Opponents of a proposed Turkish mega-mosque in Romania’s capital, Bucharest, have filed a lawsuit against the government in an effort to halt the project. The court is set to begin hearing the case on October 14.

The lawsuit seeks to reverse a June 2015 decision by the Romanian prime minister at the time, Victor Ponta, to approve construction of what could become the largest mosque in Eastern Europe — second only to the Blue Mosque in Istanbul — on a large tract of city-owned land in northern Bucharest.

The property, valued at more than four million euros ($4.4 million), is being provided for free by the Romanian government, while the construction costs, estimated at three million euros ($3.3 million), are being paid for by Turkey.