How dense are these people? Fighting fire with gasoline?

FRANCE’S NO GO ZONES: Women fight back after being BANNED from streets by Muslim men

A women’s rights campaign group is organising marches and protests in a bid to retake streets in predominantly Islamic neighbourhoods which they say have become entirely male dominated.
.La Brigade des Mères, which is aiming to restore gender equality in France’s troubled ‘banlieues’, says women in many communities are now too scared to go out because gangs of young men rule the streets.And a shocking undercover report, compiled by the TV channel France 2, shows how women are not welcome in bars and cafes in Muslim majority areas, with many men openly hostile to their presence in public at all. 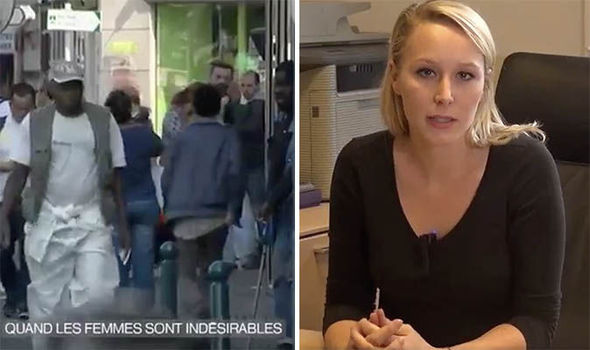 Some areas of France have become no go zone for women, according to a report 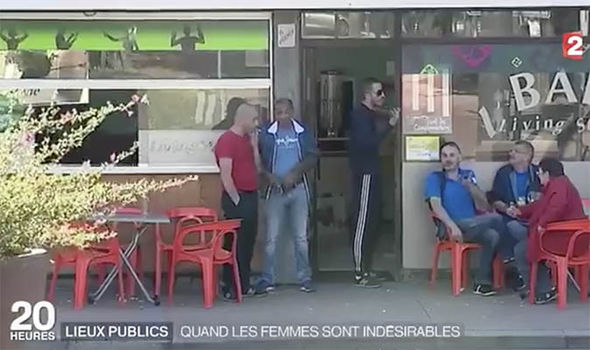 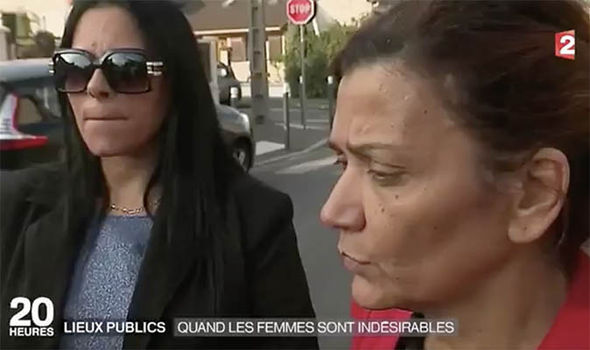 Nadia Remand and Aliza Sayah, from La Brigade des Mères, were not welcome in a Paris suburb

Marion Maréchal-Le Pen, the niece of party leader Marine, immediately pounced on the reports as evidence that the Republic’s fiercely guarded secularism is being supplanted by Sharia law.For the report two brave women from La Brigade des Mères wore button-hole cameras and headed alone into the Muslim majority Paris suburb of Sevran, which was at the centre of the French capital’s 2005 race riots.
Nadia Remand and Aliza Sayah visited the streets and cafes of the notorious banlieue to build up a picture of how welcome women were in its public spaces. 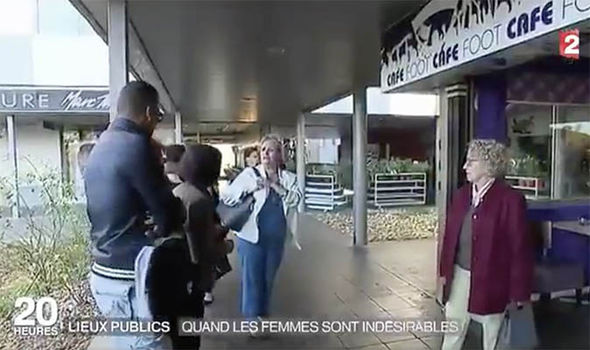 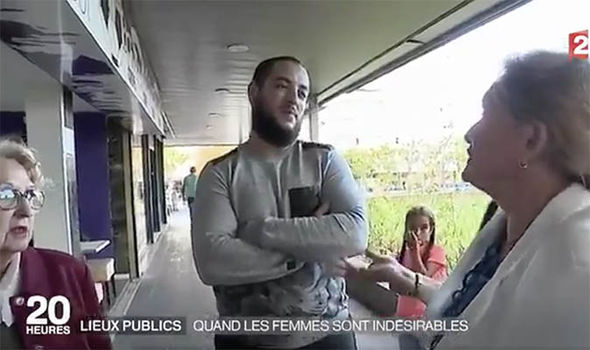 They are confronting bar owners whose establishments only welcome men

When the pair countered that it was perfectly normal for women and men to be in a bar together another young man spotted them, and shouted incredulously: “There are men in here!”The women then asked him why he thought their presence was unusual, suggesting that he would perhaps go out for a coffee with a female friend or cousin, to which he replied: “My cousin stays at home.”He continued: “In this cafe there is no mixing. You are in Sevran, you’re not in Paris. It’s a different mentality.”The man insisted the Paris suburb was like the “bled” – A French slang term for a person’s home country which is frequently used by Muslim migrants from north Africa.

In Lyon, France’s second biggest city, the report unearthed evidence that women are now actively altering their dress to avoid being threatened or abused by Muslim men.One young woman told the broadcaster that she does everything she can to not be noticed, including wearing baggy trousers and avoiding wearing skirts and makeup.
.When asked why, she replied: “Because I’m afraid, as simple as that.”