At least 235 killed in mosque massacre in Egypt’s Sinai

Government declares three days of mourning for victims of assault on Sufi mosque after Friday prayers in North Sinai.

Humanity is currently experiencing a “climate emergency,” Pope Francis said, while decrying denial of human-induced climate change as a perverse attitude that endangers all.

ISIS has issued a chilling threat against the Vatican just weeks before Christmas, where tens of thousands of people from around the world gather to celebrate the Christian holiday. 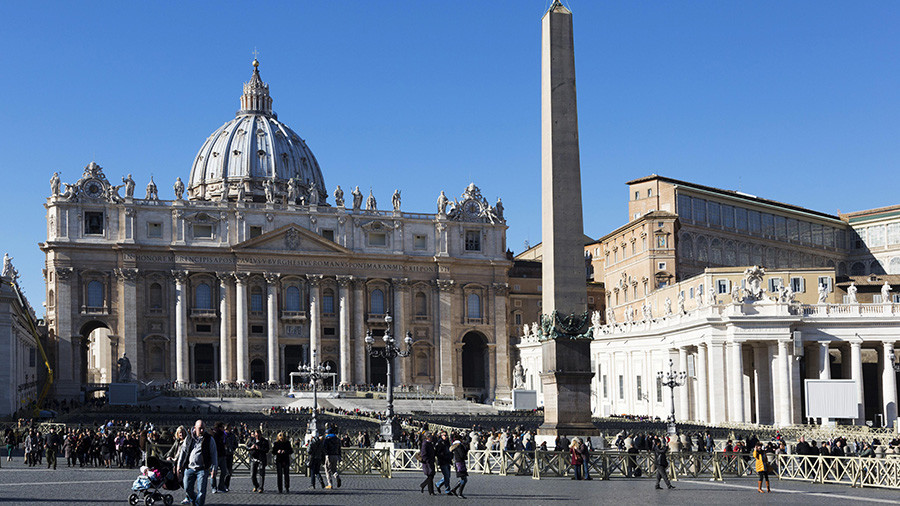 The menacing poster was released by the pro-Islamic State (IS, formerly ISIS/ISIL) group known as Wafa Media Foundation. It was revealed on Tuesday by the SITE Intelligence Group, a Maryland-based company that tracks the online activity of the extremist organization. The words at the top of the poster, written in red, warn that the attack will take place at Christmas.

A “liberal-conservative” think tank is urging the Conservative Party to legally embrace the ideology of “gender identity” to radically alter British society.

Bright Blue has published a report claiming that embracing ideology in the name of “human rights” will draw in younger voters and would be the “morally” right thing to do.

Soros manages to sell any kind of subversive dreck under the  “human rights” & the “right thing to do” label.

Bright Blue supports “social justices”, has previously called for higher immigration, and their former associate, Rupert Myers, was recently fired as a GQ correspondent after accusations of inappropriate sexual behaviour.

The group, which masquerades as being part of Britain’s “conservative” family, receives funding from pro-open borders billionaire George Soros and his Open Society Foundation, the left-leaning Trade Union Congress, the Joseph Rowntree Foundation, and Green Alliance.

2 thoughts on “How Perverse is This Pope?”