UK: Detective who exposed Muslim rape gangs was “threatened and bullied” by other cops for doing so

This is a national scandal that ought to have brought down the Prime Minister and the entire political class, for it is they who have fostered the notion that “racism” and “Islamophobia” were so heinous as to be worth sacrificing the lives of thousands of British girls to avoid. It is they who have made “Islamophobia” such a career-destroying action that most British officials stayed silent as these girls were used and destroyed. It is they who made “Islamophobia” so far beyond the bounds of acceptable discourse that Maggie Oliver’s colleagues even turned on her for exposing the actions of Muslim rape gangs. Britain will be “tolerant” and “inclusive” and “diverse” to its death, which is rapidly approaching, and Maggie Oliver isn’t going to stop it. 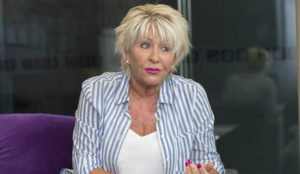 “Fellow police made my life torture for trying to stop Rochdale sex ring, claims detective,” by James Fielding, Express, November 19, 2017 (thanks to JW):

THE detective who exposed the Rochdale child abuse scandal has claimed she was bullied by police chiefs for speaking out on grooming gangs.

Schools Must Teach Britain Is an ‘Immigration Nation’ to Fight Islamophobia

Lamenting that Muslims are subject to “demonisation” and “racial stereotyping” in Britain, one of the report’s 10 main recommendations is that the press and media be overhauled to ensure that news coverage is produced so as not to fuel negative perceptions of minority ethnic or religious groups. … Why is this still happening? Because British officials are still afraid of appearing racist and “Islamophobic,” and the political and media elites are still fostering that fear. The responsibility for these Muslim rape gangs lies with those elites. 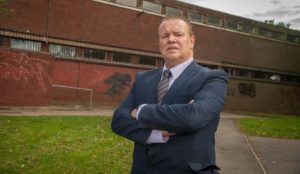 BIRMINGHAM is facing a ‘tsunami of child sexual exploitation’ with reports that gang members are using TASERS on schoolgirl rape victims, a councillor claims.

Des Flood backed fears that schools and parents are being kept in the dark about the full dangers their children face from predatory paedophiles in the south of the city.

The Birmingham Mail revealed earlier this week how one suspected gang member was arrested for three schoolgirl rapes, but bailed each time.

He had directed his statement to former Lord Mayor Carl Rice, who has just been handed Cabinet responsibility for children, schools and families.

“I am worried there is a tsunami of child sexual exploitation waiting to explode across this city,” said the Conservative councillor, who represents the Bartley Green ward.

“Young people, especially girls, are being sexually exploited on a daily basis. Some of this sexual exploitation is clearly linked to gangs.

“Schools are a vital part of our eyes and ears in the local community, on the ground, to identify vulnerable young people, especially in terms of concerns about child sexual exploitation.

“I know of cases whereby local schools in our community have done their duty and referred serious cases of child sexual exploitation about pupils to children’s services.

“But these schools nor their parents and carers have been invited to multi-agency child sexual exploitation meetings.”

He told Councillor Rice that the situation was a ‘disgrace’ and added: “Can you please ensure that no further child sexual exploitation meetings take place in this city which involve school pupils without the schools and, indeed, parents and carers invited to be an equal partner at the table?

“I still believe there is a serious failing in sharing information amongst agencies, especially with regards to children’s services.”…