When the police tell media what to print you are under a totalitarian system. Spin that however you like , you are still in a police state.

That’s not really what this is about. Rowley and other British officials don’t want media coverage of jihad attacks because they don’t want the British public to become alarmed about the nature and magnitude of the jihad threat. They want to keep people ignorant and complacent so that they don’t cast them out of office and put in place new leaders who will deal with the threat realistically.

Mark Rowley, Theresa May, and the rest of the British establishment bear the responsibility for enabling the jihad threat in Britain in the first place. Now they don’t want people to realize the full extent of the devastation they have caused. But they’re intent on making sure that Robert Spencer & Pamela Geller are barred from the country for opposing jihad terror

Not content with persuading venues to refuse speakers they don’t approve of, police now try to tell journalists what to write. “You must comment but not in a way that creates excessive fear and multiplies the terror.”

‘You have to ask are you helping them to influence,’ said Mark Rowley, assistant commissioner at the Metropolitan police. Photograph: Victoria Jones/PA

Britain’s top counterterrorism officers have urged the media to rein back on coverage about Islamic State and terrorist attacks because of concerns that it helps to spread propaganda.

Speaking at the Society of Editors conference in Cambridge, Rowley said: “I do think there are some ways that you can rein back what you do. There is a fine balance. If [Isis] are looking to influence, you have to ask, are you helping them to influence.” 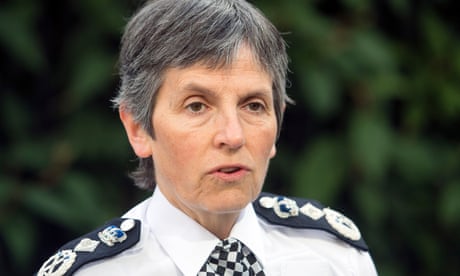 “You must inform but not glorify and provide the platform this evil craves,” she said. “You must investigate but not in a dangerous way which disrupts the extensive efforts of the police and security services. You must comment but not in a way that creates excessive fear and multiplies the terror.”

Dick made her comments in a wide-ranging speech about the police’s relationship with the media.

The commissioner started in the role in April and spent her first day in the job at the funeral of PC Keith Palmer, who was murdered in the Westminster terror attack.

Dick said she wanted to “reset” the relationship between the Met and the media and “stop the fighting”. She pledged to be “transparent” in her work with the press and that relationships with a journalist “should not be categorised in the same way as a relationship with a criminal”.

However, she refused to apologise for Operation Elveden, the investigation into allegations of inappropriate payments to police officers and other public officials. This operation saw more than 30 journalists arrested or charged but then not convicted.

“I wanted to try and get through this speech without mentioning Leveson [the inquiry into press standards], but I can’t,” Dick said. “I do think that right now we do have more integrity and better foundations for the relationship the public expect us to have.

“Quite simply the public was not going to accept things staying as they were, I won’t apologise for Operation Elveden – corrupt police officers and other public officials were locked up for taking money for information – that is a good result.

“Whilst an officer was dealing with a horrific death his colleague’s priority was to provide a newspaper with personal details of that victim – that is not right.

“I know that journalists were charged and then cleared and that caused a great deal of anger. I only ask that we try to move on now with clarity and lessons learnt on all sides. 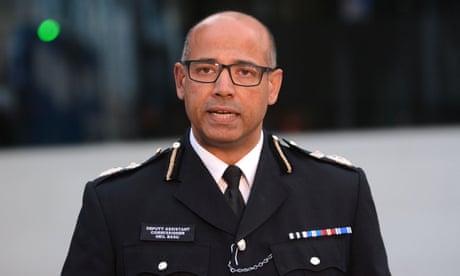 The comments from Rowley and Dick come after Neil Basu, senior national coordinator for counterterrorism, told the Guardian last weekthat Britain could not arrest its way out of the high level of terrorist threat by building a “bigger and bigger [counterterrorism] machine”. He said that instead the country had to build confidence and trust among communities and redouble efforts to prevent young people from turning to terrorism.

“That connection happens on the ground and that connection is fast disappearing in policing. All the work we’ve done over the last 20 years to put neighbourhood policing back on the map … is in danger of disappearing. For me, that is a national security issue,” he said.