KAFIRS MUST NOT ACCUSE MUSLIMS OF MANUFACTURING FAKE HATE CRIMES

More fake hate crime. Victimhood is a prized status in our ridiculous society, as it provides one with immunity from scrutiny from law enforcement, and puts one in line for special privileges and accommodation. But here again we see a Muslim fabricating an “anti-Muslim hate crime.” This happens so frequently that any informed person must be skeptical about any and every claim of victimhood from Muslims.

In this case, Nimra Amjad was a candidate for school board trustee in Calgary. Just before the election, she made these claims of having received racist death threats. That’s transparent: she was hoping to get Leftists who buy the “Islamophobia” narrative to vote for her because of the threats. It didn’t work: she lost the election, and it has emerged that she isn’t even a Canadian citizen, and hence wasn’t even eligible to run in the first place.

But Justin Trudeau and Melanie Joly will probably scold us for our “Islamophobia” for noticing such things, and appoint Nimra Amjad to a remunerative government position. 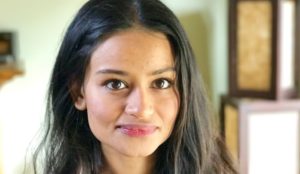 A Calgary school board trustee candidate who made headlines when she reported being the victim of racist threats has been charged under the Local Authorities Election Act following an investigation.

Police believe she was not eligible to run for office when she unsuccessfully ran last fall as a Ward 3 and 4 school trustee candidate.

The seat on the Calgary Board of Education was won by Althea Adams.

The anti-corruption unit began investigating Amjad on Oct. 30, 2017, after a member of the public reported Amjad was not a Canadian citizen and therefore not eligible to run.

“It is alleged that the candidate filed both a notice of intent to run and a nomination acceptance form, swearing or affirming she had read the eligibility requirements and was legally eligible to run,” according to police.

It is a crime for a non-citizen to file either of those documents.

Det. Jeff MacQueen said the charges are rare, which is why the investigation took quite a while.

“I don’t think that it’s something that happens on a regular basis, but it is concerning,” MacQueen told reporters Tuesday afternoon.

“It does not appear that she is a Canadian citizen.”…

Amjad first made headlines when she reported being the victim of racist threats ahead of the election.

Two days before the election, CBC News reported the hate crimes unit had dropped its investigation after Amjad became unco-operative [sic] and the man she had accused said not only did he not do it, but he had dated Amjad.

An email chain between Amjad and the detective provided to CBC News depicts a frustrated investigator attempting to get a statement out of an uncooperative Amjad.

“I note that you have utilized the media in regard to this incident,” wrote Const. Craig Collins. “This investigation is reaching Day 6, and you have not provided any formal statement to the police, despite numerous attempts by the police to obtain your statement.”

In an interview with CBC News, Amjad changed her story numerous times.

She initially denied ever meeting or knowing Shawn Street, but by the end of an hour-long conversation she confirmed she’d met Street online and had gone on several dates with him….

Muslim apologist Maulana Maududi wrote: “…the objective of the Islamic jihad is to ELIMINATE the rule of an un-Islamic system, and ESTABLISH in its place an Islamic system of state rule. Islam does not intend to confine his rule to a single state or a hand full of countries. The aim of Islam is to bring about a UNIVERSAL REVOLUTION. Although in the initial stages, it is incumbent upon members of the party of Islam to carry out a REVOLUTION in the state system of the countries to which they belong; their ultimate objective is none other than world revolution.” – ‘Jihad in Islam’, 1970