During the trial, the man claimed to be a believer in the freedom of speech both in Sweden and on Facebook, the Fria Tider news outlet reported.

The 55-year-old man from the Swedish town of Jönköping has been handed a SEK 10,000 ($1,265) fine for crime of opinion after writing on Facebook that Sunni Muslims account for a lot of the gang-related crimes and rapes committed in Sweden.

Prosecutor Lisa Hedberg chose to take legal action against the man after his post on the Facebook group “Now is enough! I want re-election now!” in April 2017. The public group has close to 13,000 members and is opposed to the actions of Sweden’s incumbent “red-green” government.

According to Fria Tider, the man’s own wording went as follows:

“Somalis are Sunni Muslim, they have the same orientation as Saudi Arabia, with sharia law & other s*it… They account for a lot of gang crime in Sweden and other violent stuff like rapes. Afghans are also up to 80 percent Sunni, the damn pack.” 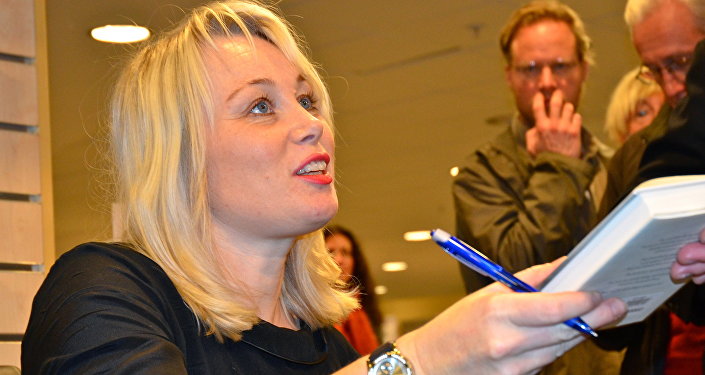 Avalanche of Donations After Kickstarter Ban on Swedish ‘Rape Book’
.

Hedberg concluded that the man expressed himself in a “criminally derogatory” manner regarding Muslims, Somalis and Afghans, based on creed, national or ethnic origin.During the trial, the defendant stated that he believed in the idea that freedom of speech existed in Sweden and on Facebook.

“You see it every day, things like gang rapes, shootings, animal cruelty and the like, and politicians do not seem to be able to do anything about it. The police also do nothing, and people get angry,” he was quoted as saying by the Fria Tider.

The man also claimed Muslims account for at least 80 percent of rape and other sexual crimes in Sweden.

“I wrote this as a regular citizen, not as a politician or activist. I see that this can be perceived as controversial if one is politically correct,” he continued.

Nevertheless, the Jönköping District Court was inexorable, as judge Lisa Vilander found that the post was formulated in an abusive way and instead of inviting a discussion on matters of religion voiced hate against a group of people.

Although the taboo on disclosing criminals’ ethnicity remains in force in Sweden, a private survey from October 2017 revealed immigrants’ drastic overrepresentationin sexual assaults, with men of foreign descent allegedly committing over 90 percent of rapes. The 80-page investigation involved over 4,000 rulings from 40 Swedish courts between 2012 and 2014, that is before the recent migrant crisis, during which over 200,000 asylum seekers from predominantly Muslim countries entered Sweden.

In stark contrast to the “world’s first” feminist government’s ambition to create a truly gender-equal society, Sweden has seen a dramatic upsurge in rapes and sexual assault, with the spike reaching a mind-boggling 400 percent in parts of the country, compared with the pre-2000s.

Last 10 years in Sweden, there was a 37% increase in reported rapes.

Now 1 in 8 of all Swedish women will sadly be raped during her lifetime according to the latest official statistics from BRÅ.

A new victim of #rapejihad this weekend Malmö… a young woman druged and abducted by 4-5 men, and then gangraped. This is the FIFTH brutal gangrape in Malmö in short time. 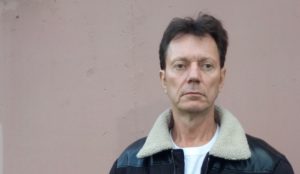 A dental hygienist advised the Migration Board about “unaccompanied” adults — and was therefore kicked out of work. Now his entire family’s property can be confiscated by the region of Gotland, which has hired a star lawyer.

It was in July last year that dental hygienist Bernt Herlitz, 56 years old at the time, with his wife looked into one of Almedalen’s seminars dealing with age assessment in the judiciary and in the sports world. The theme was urgent for the couple because both of them worked at the Public Health Service in Visby, where many of the so-called unaccompanied refugees had their teeth examined. In 2016, the debate on these refugees became more heated — not least because of the high cost of living, which in some cases could be 6-8 thousand kronor per day.

“I would probably estimate that up to 80% of them were obviously adults. This can be seen, for example, on wisdom teeth that were fully grown — something that is only seen in adults,” Bernt says.

“The suspicions must be reported”

The subject was broached over a snack in the breakfast room, but nobody knew how to deal with the suspicions, according to Bernt. In the subsequent seminar participated, among others, Åsa Carlander-Hemingway, a unit manager from the Swedish Migration Board, who told the couple that it was important that the right age of refugees be determined, and that all suspicions should be reported to the Swedish Migration Board.

Said and done — when he returned to work in August that year, Bernt began to advise the Migration Board about his suspicions. In total, he sent more than 8 emails, in which he stated that he was a dental hygienist and felt that the age stated in the Migration Board’s actions was wrong.

“It was important to set things right — not least because adults do not live with children.”

Little did Bernt suspect what would happen next. He never received any response from the Swedish Migration Board. Instead, one of its officials forwarded his e-mail to a supporter of one of the people the tips were about. The supporter, in turn, contacted Bernt’s superior at Folktandvården, Mats Kvarnberg. It did not take long before a full investigation was initiated.

“The manager asked me to come alone to a room, where there was also another senior manager from my employer, the region of Gotland. They told me I would not go to work tomorrow, that I was suspended and that there would be an investigation.”

How did it feel?

“It felt heavy. But I did not realize the seriousness of it yet. I told you that the woman from the Migration Board had told me to send reports. I thought it would be done in a few days and I could get back to work.”

But, in fact, it was not. 14 days later, Bernt was dismissed after 10 years of service at Folktandvården. The employer said he broke patient confidentiality, which could have been dangerous for his patients.

All three local newspapers in Gotland described him as a dangerous activist and right-wing extremist who “age-rated refugees on his own.” The news also reached SVT.

“They wrote about me on the front page without even contacting me. One felt so enormously exposed. Sure, they have not printed my name, but Gotland is a small place and everyone knows everyone, so it’s not hard to figure out who it’s all about.”

But Bernt is neither right-wing nor even politically active….

And that marks the end of Sweden’s national heritage. My latest in FrontPage: 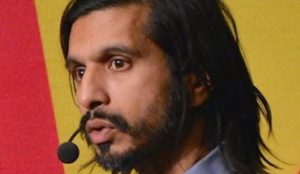 Qaisar Mahmood, who once rode his motorcycle around Sweden in an apparently failed attempt to discover what being Swedish consisted of, is using his position as head of the Swedish National Heritage Board not to highlight and celebrate that heritage, but to downplay Sweden’s cultural heritage and history, and to create a false narrative that will help compel Swedes to accept mass Muslim migration. He says he doesn’t want simply to alert people to Viking artifacts and the like, but to use Sweden’s history to “create the narrative” that will make Muslim migrants “part of something.”

We have already seen how that works. Remember the fake news story about the Viking burial cloth bearing the word “Allah”? Last October, a Swedish researcher gained international headlines by claiming that burial costumes from Viking graves dating back to the ninth and tenth centuries had been found to be inscribed with the name “Allah.” The intent of this was obvious: to convince Swedes that Islam had always been a part of Sweden, all the way back to the days of the Vikings, and so they should not be concerned about the mass Muslim migration that was now bringing Sweden unprecedented rape and other crime rates. Islam has always been a part of Sweden! Stop opposing mass Muslim migration!

The Viking burial cloths didn’t really feature the name “Allah” at all, as Stephennie Mulder is an associate professor of Medieval Islamic art and archaeology at the University of Texas at Austin, proved shortly thereafter, but by then the damage had been done. The idea had entered, however dimly, the popular consciousness: the Vikings were really Muslims. Islam is Swedish. Sweden was Islamic before it was Christian. The Muslim migrants are Swedes.

The “Allah” Viking burial cloth propaganda offensive was one manifestation of what Qaisar Mahmood and others like him are doing. There is no Muslim history in Sweden, but Qaisar Mahmood is working to change the very idea of cultural heritage and fabricate fictions about a historical Muslim presence in Sweden in order to advance his political and sociological agenda.

Qaisar Mahmood, as a Pakistani, of course has no Swedish heritage of his own. His admitted lack of knowledge of Swedish heritage and history ought to have disqualified him from his position, but this is how Sweden is obliterating itself and committing cultural and national suicide. After all, Swedes appointed Qaisar Mahmood to this position. It is Swedish leaders who want to destroy Swedish cultural and national identity.

It also must be remembered in connection with Qaisar Mahmood’s role as head of the Swedish National Heritage Board that the Qur’an suggests that ruins are a sign of Allah’s punishment of those who rejected his truth: “Many were the Ways of Life that have passed away before you: travel through the earth, and see what was the end of those who rejected Truth.” (3:137)

V. S. Naipaul encountered this attitude in his travels through Muslim countries. For many Muslims, he observed in Among the Believers, “The time before Islam is a time of blackness: that is part of Muslim theology. History has to serve theology.” Naipaul recounted that some Pakistani Muslims, far from valuing the nation’s renowned archeological site at Mohenjo Daro, saw its ruins as a teaching opportunity for Islam, recommending that Qur’an 3:137 be posted there as a teaching tool.

It does lead one to ponder what Qaisar Mahmood might allow to be done, or not done, with Sweden’s historical sites and artifacts. But whatever destruction may ensue is, obviously, what Swedish authorities want.