Pull my other leg, you odious,  conniving taqiyya gigolo!

Dr. Yousef al-Othaimeen is lying when he claims Islam does not teach KILLING. One example suffices to show that VIGILANTE MURDER OF BLASPHEMERS is a DECREE IN SHARIA LAW:

Sharia permits the MURDER of anyone who verbally opposes Islam, since they are at war with Islam:

– “There is no indemnity obligatory for killing a non-Muslim (harbi) at war with Muslims.” -Reliance of the Traveller, o4.17, p.593

– “We have already discussed killing the person who, with intent, curses the Prophet, belittles him or slights him in any way. The judgement in this case is clear.” (i.e. the sentence is execution)
– from Sharia law manual, “Qadhi Iyaadh in ash-Shifa”, Volume No.2, Page No. 27

– as-Suyuti writes: “(If they break their oaths…) This ayah (K. 9:11-12) is used as a proof by those who say that if a dhimmi attacks Islam (VERBALLY) or the Qur’an or MENTIONS the Prophet in a bad manner, HE IS KILLED, whether he has broken a treaty or not.”

OIC chief: “There can be no justification for any violent action and killing under the pretext of Islam”

Secretary General of the Organization of Islamic Cooperation (OIC) Dr. Yousef Al-Othaimeen has denounced a recent wave of suicide bombings in Afghanistan.
.
Read the whole thing from JW below the fold.

Secretary General of the Organization of Islamic Cooperation (OIC) Dr. Yousef Al-Othaimeen has denounced a recent wave of suicide bombings in Afghanistan.

there can be no justification for any violent action and killing under the pretext of Holy Quran and Islam.

The OIC’s goal has been to promote its victimhood “Islamophobia” imperative through its “Islamophobia Observatories,” which present Muslims as victims and ignores the human rights abuses, persecution and atrocities against innocent people that are frequently committed in the name of Islam. Actions such as raping infidel women, execution for apostasy and homosexuality, beheadings, stonings, striking terror into the hearts of disbelievers, are all justified by Islamic texts, and are routinely practiced globally. This includes actions by Islamic states as well as groups such as Al Qaeda, the Islamic State, Al Shabaab, Boko Haram, etc. Bloody jihad is even mandated by the Muslim Brotherhood in accordance with statements of its founder Hassan al-Banna, and is seen increasingly as the Muslim Brotherhood becomes more aggressive in Egypt.

These facts are contrary to the false proclamations by the OIC chief, as it has been abundantly demonstrated that there is textual justification for such violence. 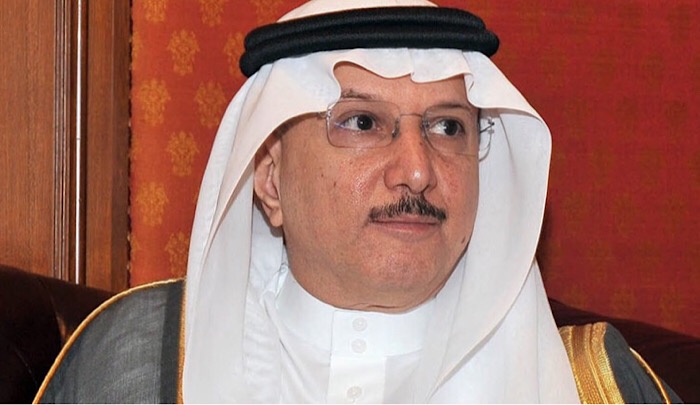 Prior to the 2nd meeting of the Kabul Process on February 28, Al-Othaimeen said: “There can be no justification for any violent action and killing under the pretext of Holy Quran and Islam…”

In a statement to the Saudi Press Agency (SPA), the OIC head said those who perpetrated suicide attacks against civilians did not represent the faith of Islam.

He also referred to the resolution of the Council of OIC Foreign Ministers, endorsed by the Islamic Summit of heads of state and government.

The resolution called on OIC member states and the international community to support the Afghan-led and Afghan-owned peace and reconciliation process.

Dr. Al-Othaimeen appealed to all Member states and their institutions to spare no efforts in helping the Afghan government at this crucial time, considering its success would raise hopes for lasting peace, stability and economic prosperity of the country…..