The attacks are from all sides: the Organization of Islamic Cooperation, the Muslim Brotherhood, and needless to say, groups such as al-Qaeda. What do they continue to insist in unison? That the freedom of speech insults Islam. Why? Because Islam is supremacist in nature, and Islamic law stipulates that it must not be criticized or scrutinized. It is “Islamophobic” to do so; Islam instead must be hailed by all as a “religion of love, tolerance and coexistence.” So now, to continue drilling in this idea, a high-level conference will be held in Cairo to addresses the “issue of ‘impartial critics of Islam in the West.’” (More below the fold)

German prosecutor on Muslim migrant stabbing rampage: “We have no indication of political radicalisation”

By this, German authorities mean that they did not find an ISIS or al-Qaeda membership card in his wallet, and above all, Please don’t think that there is anything wrong with Merkel’s filling the country with Muslim migrants because of this. But in reality, when Hingst said this, it was only hours after the attack. 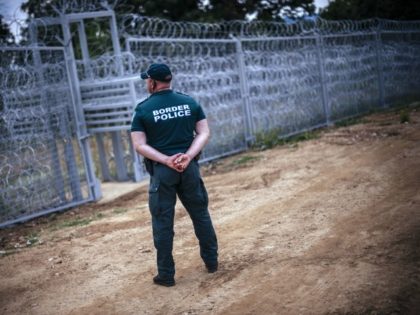 (AP) — Bulgaria is rejecting signing bilateral deals with other European Union countries to readmit  Mohammedans who entered the EU through the Balkan country.

Backed by a vast majority of legislators across party lines, Parliament on Friday approved a resolution barring the government from signing readmission agreements and proposed reforms to the EU’s asylum rules. 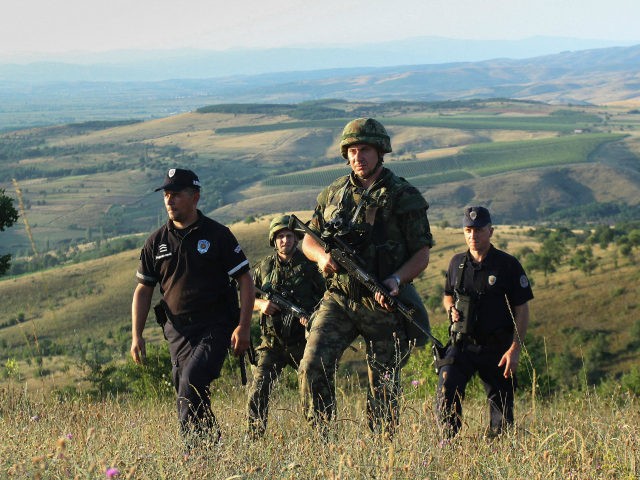 All of them Mohammedans. Single men of fighting age: 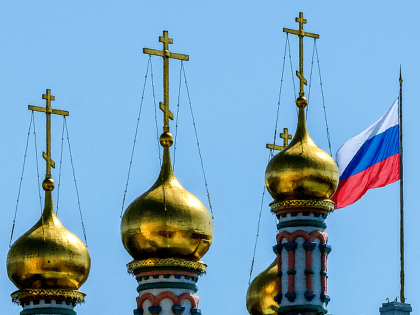 The cell, headed by an Iranian diplomat at the Austrian embassy in Vienna, also consisted of two Belgian nationals and an alleged accomplice in France. They planned to bomb a June 30 conference organized by an Iranian dissident group, the People’s Mujahedeen of Iran.

About 25,000 people attended the rally in the Paris suburb of Villepinte. The Mossad, in conjunction with their counterparts from Belgium, France, and Germany, led a hunt that crossed several European borders and prevented the bombing, Hadashot news reported, without giving sources.

Islam, religion of hatred and lies

The Secretary General of the Muslim Council of Elders….decided to organise a conference in Cairo, Egypt this coming October on the issue of ‘Impartial critics of Islam in the West’ which will host a number of scholars and thinkers from Western nations that have written about Islam. The conference will also include top Muslim scholars and thinkers to discuss the true picture of Islam as a religion of love, tolerance and coexistence.

The Chairman of the Muslim Council of Elders, which is hosting this “religion of peace” conference, is Dr. Ahmed El-Tayyeb. He stated in a videotaped CNN exclusive that Jerusalem was “100 percent Arab” and under Israeli occupation, and that the East and the West “will drown in seas of blood” due to Donald Trump’s decision to recognize Jerusalem as capital. El-Tayyeb has also justified anti-Semitism on Qur’anic grounds; called for the Islamic State murderers of a Jordanian pilot to be crucified or have their hands and feet amputated on opposite sides (as per the penalty in Qur’an 5:33 for those who make war against Allah and his messenger or spread “mischief” in the land); and broke off “dialogue” with the Vatican after Pope Benedict XVI dared to criticize the jihad massacre of 21 Christians in Alexandria on New Year’s Eve 2011.

El-Tayyeb is also the Grand Sheikh of the highly prestigious Al Azhar in Cairo, which was revealed to be offering free copies of a book that called for the slaughter of Christians and other Infidels.

So in light of this information, let us reiterate: the Muslim Council of Elders conference is discussing “the true picture of Islam as a religion of love, tolerance and coexistence.” The Conference also includes among its “concerned organizations” the anti-semitic World Council of Churches (WCC). A few years ago, the WCC demanded that Israel release jihad terrorists, and has dedicated events to ending the so-called “illegal occupation.” 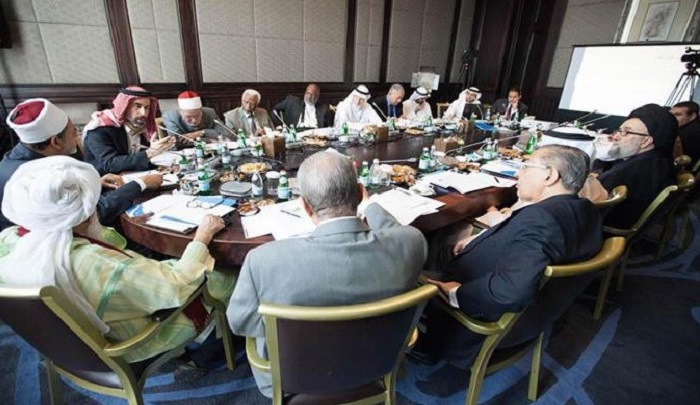 “Cairo holds conference on ‘Impartial critics of Islam in the West,’” The Daily Trust, July 20, 2018:

Dr Ali Al Nuaimi, the Secretary General of the Muslim Council of Elders summarised proceedings saying, “A number of issues were raised, including the achievements of the Emerging Peacemakers Forum 2018 (EPForum).”

Al Nuaimi continued, “The council also decided to organise a conference in Cairo, Egypt this coming October on the issue of ‘Impartial critics of Islam in the West’ which will host a number of scholars and thinkers from Western nations that have written about Islam. The conference will also include top Muslim scholars and thinkers to discuss the true picture of Islam as a religion of love, tolerance and coexistence.”

Al Nuaimi also added, “The council also agreed to organise a program to be held in Africa which will include the Grand Imam as well as council members and partners, to dialogue with the World Council of Churches and any other concerned organisations. (Emirates News Agency)

The council also discussed a number of challenges that are faced by Muslims around the world and suggested setting up initiatives in various regions depending on these challenges.”….

2 thoughts on “OIC to promote Islam as a religion of love, tolerance and coexistence”