‘Allah Akbar!’ in France as Man Drives Car into Crowd…

Prepare yourself for the usual “mental problems” and politclowns who will tell you its got nothing to do with Islam….

A (Musel-)man has driven his car into a crowd of people outside a bar in southern France while shouting “Allahu Akbar,” according to witnesses.

The suspect is believed to be a local man, aged 32, who drove his white Peugeot car towards a crowd of about 50 people around 1 am Thursday in the town of Nimes, eyewitnesses told AFP. 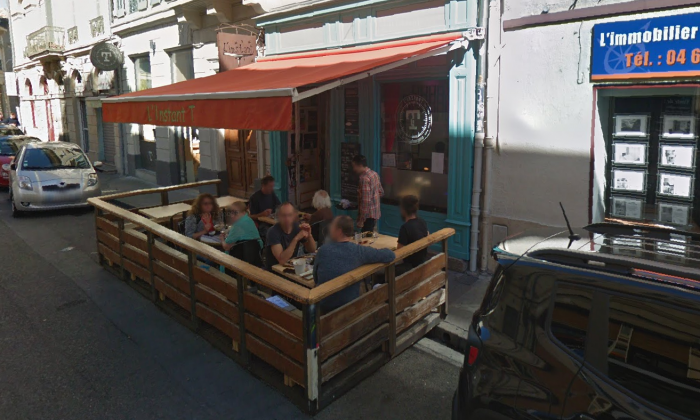 L’Instant T bar in Nimes, southern France, where a man attempted to drive his car into about 50 people who were standing outside, on Sept. 14, 2018.
.

More than one witness said that the man shouted “Allahu Akbar” as he drove. However, the car ran into crowd-control barriers crowds set up for a popular annual festival in the town.

Only two people were hurt in the incident.

Eric Maurel, the region’s public prosecutor, said the suspect was beaten up by the crowd after he tried to flee.

Maurel added that the man has been hospitalized because he was in a state of “mental confusion” during his arrest. He has been arrested on suspicion of attempted murder.

The investigation is not being carried out by anti-terror police, a police spokesman confirmed to AFP.

Earlier this year, a Chechnya-born Frenchman killed a man in a knife attack in Paris, also shouting “Allahu Akbar” as he began his rampage.

He fatally knifed a 29-year-old man and wounded four others in the bustling Opera district before police shot him dead on May 12.

240 people have died in a succession of attacks in France that started back in early 2015 .

Some have attributed these to France’s participation in pushing back against Islamist extremists in Iraq, Syria, and the West African state Mali.

ISIS has often claimed responsibility for the attacks in France, but not always with verifiable proof.

In Oct. 2017 a man stabbed two young women to death in the port city of Marseille before being shot dead by soldiers.

But the deadliest of the attacks in France over the last three years was in Paris in Nov. 2015, when 130 people were killed

Al Reuters contributed to this report.

2 thoughts on “France: allahuakbaring man in a state of “mental confusion” after driving car into crowd”