A Germany university found that a 10.4 percent increase in violent crime was linked to an influx of (Mohammedan) migrants …. 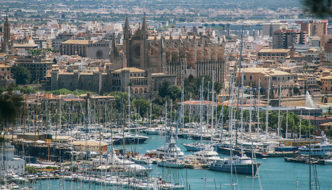 Spain: Muslim migrant who stabbed two tourists disappointed that he didn’t kill anyone

“After his arrest, the ‘new citizen’ told the regional newspaper ‘Cronica balear’ as follows: ‘How many have I killed?’ When he heard that both victims survived, he said, ‘fuck, shit!’ He told witnesses that the police could be happy that he had only one knife. If he had had a Kalashnikov in hand, there would have been more deaths than in Paris and Barcelona. Despite these clear statements, the Spanish authorities do not call it a terrorist act.”

Of course. To call it a terrorist act would be “Islamophobic.”

Will the Islamophobia never end?

In Central African Republic, dozens of people are feared killed after suspected Islamist rebels attacked a group of civilians in the central town of Bria earlier this month.

Early reports suggested that between 12 to 14 people were killed during the attack on 4-5 September, but local sources contacted by World Watch Monitor said as many as 42 were killed, as details about the attacks are now emerging.

The massacre took place over two days, and it was a further two days until some youths were able to access the area to recover a dozen bodies.

Hypocrisy by the Sackful

Women in European cities have been attacked, slashed and had acid thrown in their faces for wearing ‘immodest’ dress in areas where Islamic misogyny prevails. Yet what garners the most reactive ink? Boris Johnson and his column decrying the burka