French toyboy Macron  seems to believe he’s a born-again Napoleon. He certainly has the allures: 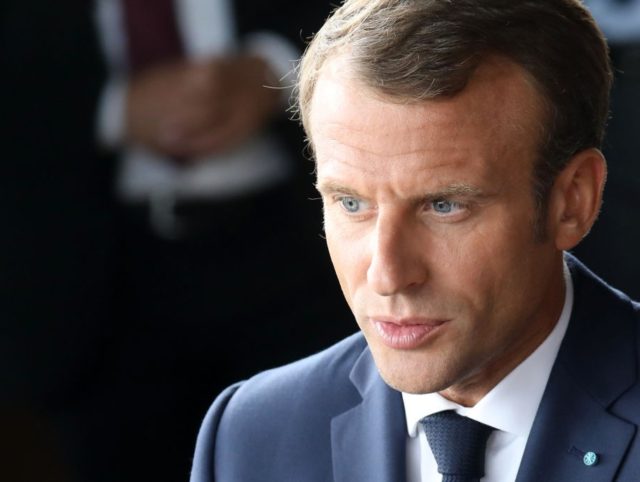 Emmanuel Macron has said funding should be withdrawn from pro-sovereignty nations reluctant to hand more power over to Brussels, and that countries which refuse to welcome third world migrants must be thrown out of the Schengen area.

“Europe is not a menu à la carte, it’s a political project,” the French president declared, speaking at the end of an EU mini-summit on migration in Salzburg Thursday evening.

At a press conference following the meeting of European leaders, Macron acknowledged there was “a crisis and tensions” over the topic but, crying out, “Who generates them?” the former investment banker launched a broadside at nations which reject asylum seekers and those which “refuse to let boats dock on its ports”.

Taking aim at the ex-communist Visegrad states, which are reluctant to follow the West down the road of globalist multiculturalism, he lashed out at “the leaders who tell me… ‘[I] love Europe when it gives me money, when it makes my people prosperous, when it allows my workers to make better a living in neighbouring countries,’ but at home, will not take a single migrant, not a single refugee.”

“Countries that do not want more Frontex or solidarity [in housing and feeding third world migrants] will leave Schengen. Countries that don’t want more Europe will no longer [get access to] structural funds,” he told journalists.

Turning the topic to EU Parliament elections, the banking protegé said next year’s vote would be “an historic fight [and] an election like no other”, as it would determine whether “the political project led by the founding fathers [of the union] … will prevail”.

Macron has previously summarised next year’s vote as a battle between pro-sovereignty conservatives and a “progressive” bloc which would impose his vision of a globalist, socially liberal EU superstate, which revolves around “values” and secular “human rights”, on the entire continent.

While most of the French leader’s ire at Salzburg was aimed at populists, his attack on countries “that do not want more Frontex” encompassed a much larger group at the summit, where Sebastian Kurz told reporters that southern states at the frontline of mass migration to Europe were “reluctant” over plans to massively increase the size and scope of the EU border agency.

The Austrian leader explained that in countries including Greece, Spain and Italy, there is “concern” that handing more power over to Brussels would make it “harder to wave migrants through” to other, richer EU countries.

In an interview on national radio last week, he said: “Because they were unable to persuade Hungary to let migrants in, the plan now is that they will take border protection rights away from us.

“They want no less than to send their mercenaries from Brussels to replace our Hungarians who are defending the border, and working as police and soldiers, whose homeland is important.”

Speaking at Salzburg, the populist leader told journalists that the expansion of Frontex was a “nice idea”, but said the agency had “never successfully protected a single metre of a border, while we have protected hundreds of kilometres”.

“There’s no need for them to protect the Hungarian border in our place, not to mention the questions of principle concerning the issue of sovereignty,” he said, adding that he had presented at the summit his own proposal which would “resolve this problem” to Austria, which is currently chairing the EU presidency.

Noting that the Hungarian proposal, which would see money marked for Frontex instead sent to help individual nations invest in protecting and strengthening their own external borders, had already been presented to Bulgaria, Orbán said “there are more of us who oppose” the EU plans than for, adding: “The status quo is on our side for now”.

This view was also expressed by Slovak prime minister Peter Pellegrini and his Czech counterpart Andrej Babiš, the latter of whom said on the subject: “Malta, Italy, Greece, Spain need to be told that they will get more money. They each have their own coast guard, they don’t need any Frontex.”