A video published by Iranian state television shows Nation of Islam leader Louis Farrakhan leading an Iranian audience in the infamous “Death to Israel” and “Death to America” chants so often heard at political rallies in the country.

Brennan is afraid of the House Intel investigation into his role promoting Hillary’s fake Russia dossier.

If the Democrats take the House, the investigation spearheaded by Chairman Nunes will come to a halt.

Asia Bibi: Lawyer for Christian woman accused of blasphemy flees Pakistan in fear of his life

Paki headbangers go apeshiite over  a Christian woman who had a death sentence overturned after 7 years in  jail. All she did was drink water from a Moslem well. The Daily Mail has great picture material. Unfortunately this call is not backed by the establishment Jews, who throw hissy fits about “nazis” as if it was 1939.

The mother says: “I think being in fear of being called racist.” The police deny this, but that’s obviously what it was. All of Britain was and is paralyzed by this fear, as the charge destroys careers and lives. Apparently the British would rather lose their freedom and their very nation than be seen as “racist” and “Islamophobic.” 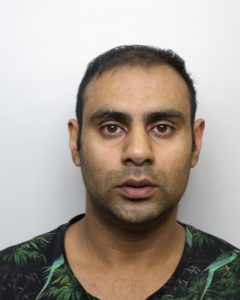