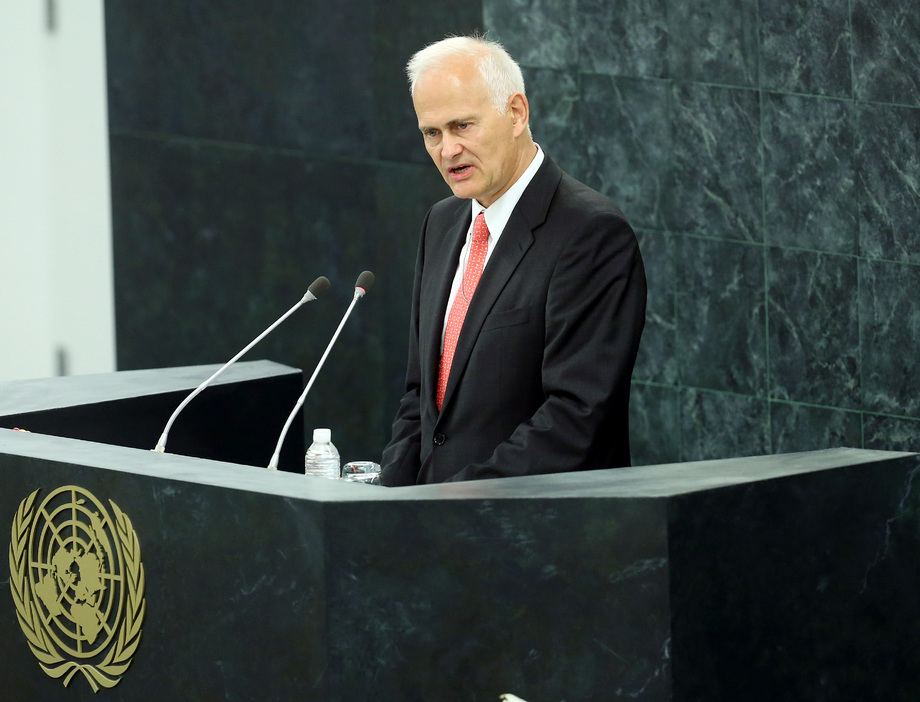 Götz Schmidt-Bremme, head of the UN’s Global Forum on Migration and Development, has admitted that the UN’s Global Compact for Safe, Orderly and Regular Migration is a “controversial text,” adding: “Maybe the benefits of legal migration were over-emphasised and we forgot about the challenges… we underestimated the need of communities that above all want to see migrants integrate.” (Image source: United Nations)
.
“We forgot about the challenges…” Can you imagine?

The ongoing and bitter dispute between the EU and its Eastern European member states — countries such as Hungary, Poland and the Czech Republic — that have refused to take in migrants as part of the EU’s quota system, might be approaching some sort of compromise. In an internal document circulated to EU interior ministers in Brussels in early December, Reuters reported, EU member states that refuse to host migrants in their countries could be exempted from doing so, if instead they show “alternative measures of solidarity.” According to diplomats, these “alternative measures” are apparently EU code for “paying into the EU budget or paying toward development projects in Africa”.

“The document,” Reuters noted, “said the European Union would need a proper mechanism to avoid a situation in which all EU governments opted to pay their way out of any hosting responsibilities and would set an eight-year period for any arrangements”.