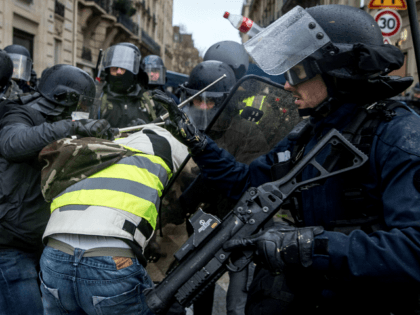 YELLOW vest protesters in Paris have been calling for France to leave the European Union as President Emmanuel Macron struggles to control the deadly riots currently shutting down the capital. 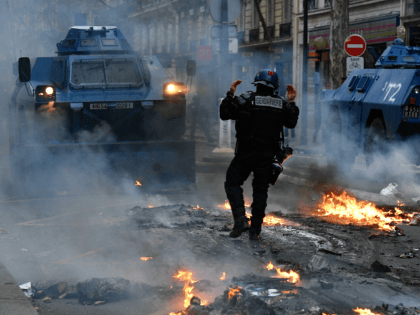 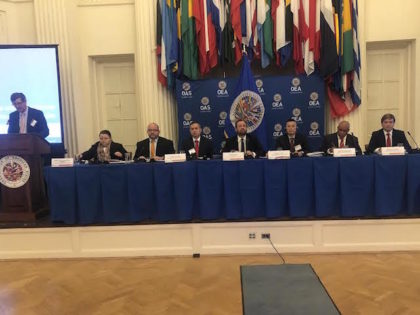 While France Burns, Macron Fiddles away 16 Million Euros to Terrorists

Despite the severe criticism of the PA practice by the international community and the PA’s constant complaints regarding its financial woes and the need for continued international monetary support, in 2018 the PA allocated 1.237 billion shekels – or over 7% of the entire PA budget – to fund its  terror rewarding practice.

This approach was clarified by PA Chairman Mahmoud Abbas, who, in response to US and Israeli legislation designed to combat the PA policy, declared:  “The salaries of our Martyrs, prisoners, and wounded are a red line. From 1965 until now, this matter is sacred to us. The Martyrs and their families are sacred, [and so are] the wounded and the prisoners. We must pay all of them. If one penny remains in our hands it is for them and not for the living.” [Official PA TV, Oct. 28, 2018]

This unequivocal statement, which Abbas has repeated several times, makes the PA’s priorities crystal clear: To promote, incentivize, and reward terrorism before feeding, educating, or catering to the other needs of the PA’s non-terrorist population.

“It must be clear to the French government, that any donation it makes to the PA’s general budget, according to the PA itself, will be used first and foremost to give financial rewards to terrorists,“ explains PMW’s founder and director, Itamar Marcus.

“While French officials may claim that their specific euros do not fund the PA’s  ”Pay for Slay” program, the French government must recognize that the 293 million euros the PA paid to terrorists and their families in 2018 is drawn from the same general budget enriched with 16 million French euros.

Moreover, it is important to note that any foreign donation to the PA – general budget or otherwise – which fails to condition the receipt of the funding on the PA ceasing to reward terror, legitimizes the PA’s terror payments. We call on the French government to immediately suspend its support of the PA general budget and to consider adopting legislation – as other donor countries have done – that would condition all of France’s  aid to the PA on the latter abolishing this practice which squanders more than 7% of its entire budget on rewarding terror. “