A new right-wing nationalist party in Spain have shocked the political establishment with a strong showing in yesterday’s election in Andalusia.

Celebrating last night, the Eurosceptic party tweeted: “VOX triumphs in Andalusia! 12 seats and the end of the socialist regime #EspanaViva makes it history and shows that change is possible. The Reconquista begins in the Andalusian lands and will be extended in the rest of Spain.”

Yellow Jacket Protesters Pull out of Meeting with French Government 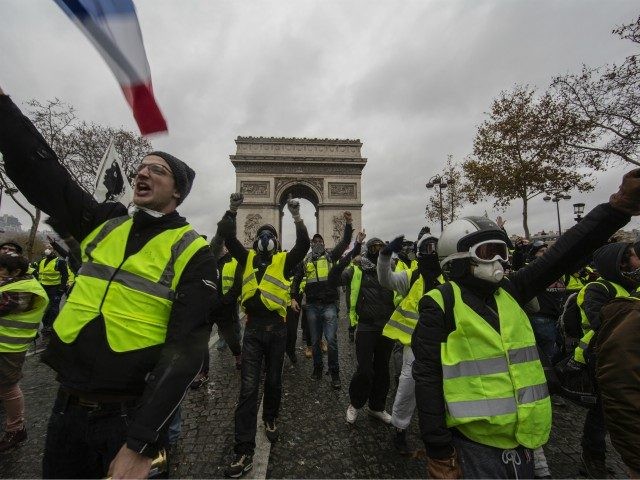 Representatives from the Gilet Jaunes protest movement have said they will not meet with French President Emmanuel Macron’s government.

Two members of the Yellow Vests confirmed with Agence France-Presse Monday evening that they will not be going to the Hôtel de Matignon, the official residence of the Prime Minister of France, on Tuesday as planned. 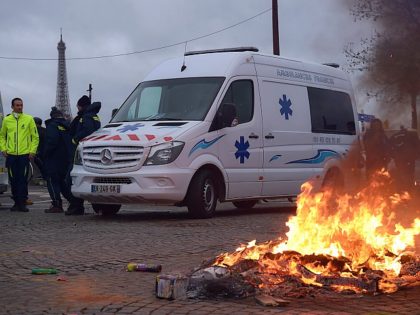 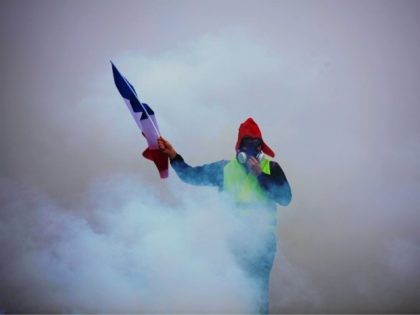 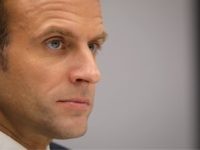 And they wonder why support for global governance is on the wane. This week, the UN Special Rapporteur on extreme poverty, Philip Alston, began an 11 day visit to Britain to assess the human consequences of the Government’s supposed austerity policies.

We don’t yet know what he plans to say, but we can take a pretty good guess. This was Mr Alston’s judgment on Trump’s America earlier this year; “There is a dramatic contrast between the immense wealth of the few and the squalor and deprivation in which vast numbers of Americans exist. For almost five decades the overall policy response has been neglectful at best, but the policies pursued over the past year seem deliberately designed to remove basic protections from the poorest, punish those who are not in employment and make even basic health care into a privilege to be earned rather than a right of citizenship”.

Perhaps he’ll be less harsh in his criticisms of the UK, but I wouldn’t count on it. Ahead of his visit, he said “the UK is one of the richest countries in the world, but millions of people are still living in poverty. I have received hundreds of submissions that make clear many people are really struggling to make ends meet”.

Even accepting there is some validity in his likely critique, this has got what to do with the UN, a multilateral organisation established in the aftermath of the Second World War for the purpose of keeping the peace between nations? To label such bulwarks of democracy and rule of law as the US and UK as systematic abusers of human rights is a preposterous, politically driven slur which strips the UN of all credibility as a proportionate and worthwhile organisation.

The slow death of multilaterism long predates the arrival of Donald Trump; in its over-reach, hubris and apparent inability to recognise the concerns of its founding fathers, it has for years been progressively undermining its own legitimacy and inviting the backlash we see today.

It is fair to say, however, that Mr Trump has greatly accelerated its slide towards irrelevance. He has withdrawn US support for the Paris accord on climate change, he has abandoned the Iran nuclear deal,he has rewritten trade deals and undermined the World Trade Organisation, he’s begun a vicious trade war with China and threatened similar actions against the EU, and he’s withdrawn from the Intermediate-Range Nuclear Forces treaty.

Supporters of the manifest destiny of global governance were initially able to comfort themselves with the presumption that Mr Trump was at most a four year aberration. The midterms have sorely changed that view. Trump may be the new normal. Like it or not, we need to get used to it.

The point was well made by the French economist and former head of the Brussels based Bruegel think tank, Jean Pisani-Ferry, in the annual Wincott lecture this week. “In a sovereign conscious, heterogenous, multipolar, market-driven world”, he said, “the simple deepening and broadening of the late 20th century order is no longer a realistic programme. It is likely to be a losing proposition”.

China’s ascendancy is key to understanding this loss of legitimacy. Going back to the origins of today’s multilateral institutions, the US was overwhelmingly the dominant power, with a 27 per cent share of global GDP. A distant second was a like-minded UK, with just 6.5 per cent. America called the shots. Today, we see a more balanced division of economic power, with the US shrunken to less than 20 per cent, the EU established as about the same, and China soon set to surpass both of them as the world’s largest economy.

China is seen to have gamed the system, exploiting the benefits of open markets while refusing to abide by their obligations. Yet if today’s multilateralism didn’t exist, there would soon be a need to invent it. In an increasingly interconnected global economy, there are obvious common goods that cannot be left entirely to market interaction or the uncoordinated initiatives of national governments – preservation of climate, biodiversity, financial stability, free trade and internet security to name but a few.

In a Trumpite world, the trick must surely be, as suggested by Professor Pisani-Ferry, to move towards a system of looser associations and alliances, where like-minded nations club together on issues of shared and mutual interest. We might, for instance, find ourselves in one club on security, but another on trade. When Professor Pisani-Ferry suggested the same idea for the future of the EU, he was virtually burnt in effigy outside the Berlaymont, even though all he was doing was mirroring the old Brussels joke that one way or another it will “all end in tiers”.

China played no part in writing today’s global rules-based system, so it doesn’t feel particularly bound by it. Engagement, so that it can be held to what it does agree in future, is ultimately likely to be a much better approach to the emerging Chinese hegemon than containment and confrontation.

Countries do not take kindly to being lectured on how to run their affairs, as the UN’s hapless rapporteur is about to find out. Multilateralism needs dethroning and reshaping for a changed world. But is anyone seriously suggesting that we should forsake all international cooperation, and go back to the unilateral pursuit of national self interest whatever the consequences for everyone else? That would indeed be a slippery slope.