Pope: Fear of Migrants Is ‘Making Us Crazy’

If this Marxist lunatic doesn’t step down soon he may be the LAST of his ilk. Shielding pedophile clergy and welcoming those who enjoy killing Christians is the  last nail in the coffin of the Catholic church.

Pope Francis told journalists that fear of migrants is “making us crazy,” when asked what he thought about the proposed border wall between the United States and Mexico.

“These are walls of fear,” continued the pope, the ruler of the only completely walled-in country in the world and the smallest independent state by both area and population.

In his short presser with journalists aboard the papal plane en route to Panama Wednesday, the pontiff went on to recommend a recent editorial in the Vatican newspaper, L’Osservatore Romano, which contrasts the idea of “brotherhood” with that of “fear.” The Federal Office for the Protection of the Constitution (BfV) have been accused of relying on information from the far-left extremist Antifa movement to build their case for surveilling the populist Alternative for Germany (AfD) party.

The BfV, Germany’s domestic intelligence service, used Antifa sources and information at least six times in its analysis of the youth wing of the AfD, the Junge Alternative (JA), Süddeutsche Zeitung reports.

The report, which links the JA to right-wing fraternity organisations, uses a source from the website “antifa-berlin.info” along with several other Antifa sources. 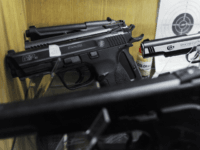 A waitress in the French city of Montpellier was able to disarm a 43-year-old Moroccan migrant armed with a pistol after he threatened patrons of the restaurant in which she worked.

And why not? Anything for the cause! Producing fake news to get sympathy for the population replacement program. Just like the dead little Muslim boy who became a media sensation after he was used to pull the heartstrings of naive Westerners. Or the “boy on the beach” fake news staged photograph.

Yes another one is due.

According to Italian newspaper Il Giornale, the Italian secret services, referred to by the publication as “our 007”, are warning of the possibility of people-smugglers purposely causing a disaster at sea in order to garner sympathy from the West and resume their illegal trade, which has been declining over the last year. 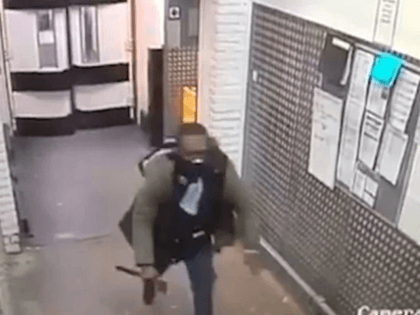 “Why does Cain kill Abel? Out of fear,” writes Andrea Monda in the op-ed. “It is a fear that the other may take away our space in the heart of the Father, that the other is the enemy capable of destroying my happiness, which is found in feeling loved. At the root of this fear there is distrust, distrust in the greatness of the love of a God in whom people no longer believe.”

Pope Francis has been an outspoken advocate of immigration, repeatedly suggesting that resistance to mass migration can only be motivated by xenophobia, racism, and populism and that nations should adopt a more welcoming stance toward them.

Last week the Vatican published the collected teachings of Pope Francis on the issue of immigration, reiterating the pontiff’s appeal for a greater openness to migrants.

The massive 488-page volume, titled Lights on the Ways of Hope: Pope Francis Teaching on Migrants, Refugees and Human Trafficking, brings together the pope’s addresses on immigration, underscoring how central this topic has been to his six-year pontificate.

Immigration and the care of migrants has not only been vital to the pope’s agenda, he has also insisted that it should be of key importance to every Christian and not considered a second-tier issue.

“This is not a notion invented by some Pope, or a momentary fad. In today’s world too, we are called to follow the path of spiritual wisdom proposed by the prophet Isaiah to show what is pleasing to God,” he said in reference to welcoming migrants.

Throughout his papacy, Pope Francis has sought to bring about a sea change in debates surrounding migration, appealing for a “change in mindset” and insisting that migrants are not a threat to society but, rather, a source of enrichment.

Wishing to counter a negative narrative on mass migration, especially in countries that have been on the receiving end of migratory waves, the pontiff has called for a shift in priorities and mentality.

“This demands a change in mindset,” he said. “We must move from considering others as threats to our comfort to valuing them as persons whose life experience and values can contribute greatly to the enrichment of our society.”

“For this to happen, our basic approach must be to encounter the other, to welcome, to know and to acknowledge him or her,” he said.

The Vatican is in the midst of a two-year campaign aimed at changing people’s minds about migrants, which it inaugurated in September 2017.

In various addresses gathered in the new Vatican collection, Pope Francis connects mass migration to climate change, says that resistance to mass migration comes from an “innate fear of the foreigner,” claims that nations are built by migrants, and insists that the rights of migrants are more important than national security concerns.