What do these degenerates want? 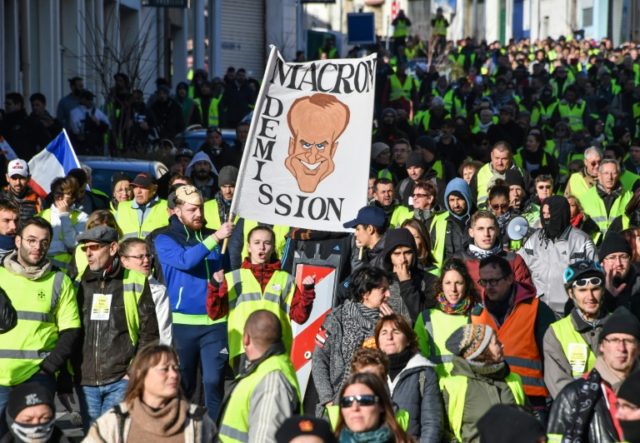 Paris (AFP) – France’s “yellow vests” took to the streets on Saturday for a 10th straight weekend of anti-government protests, despite attempts by President Emmanuel Macron to channel their anger into a series of town hall debates.

The president, who was caught off guard when the protests began late last year, went on the counter-offensive this week, spending hours in rural France debating with disgruntled mayors.

The lame stream media reports “a handful of protestors”

Marine Le Pen delivered a speech in Paris to thousands of her National Rally party supporters, who chanted “Macron, resignation!” as she spoke.

She denounced Macron and the EU as agents of globalisation with contempt for ordinary people.

The hidden agenda for the development of this army is to attack their own citizens, now that their citizens are beginning to rebel. 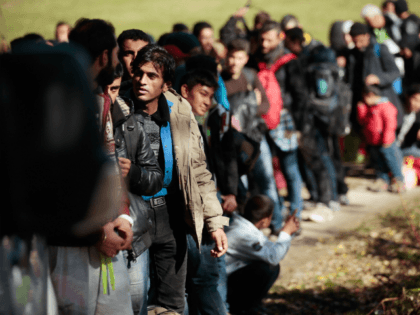 Pamela Geller should consult legal counsel for violating Sharia Law. That’s what social-medianetwork Twitter advises her.
On 28 December last year Ms Pamela Geller cited one of Voice of Europe’s articles, added her very accurate comment – and a few drawings.
A pretty normal thing to do in the land of the free one would think. But no.
.
“According to Geller, who has been speaking out against the dangers of radical Islam for decades, Twitter has told her to seek legal counsel for breaking Pakistani law”, Big League Politics writes.
.
Continued below the fold…

More news from the Gates of Vienna:

“Twitter has sent me notice ‘to consult legal counsel’ because the tweet below ‘is in violation of Pakistan [sharia]law.’ You bloody cowards can kiss my free ass. I am an American. You are an American company. Act like it, sniveling slaves”, she said on the platform.
“Sweden: Muslims who wanted to ‘kill as many as possible’ over Muhammad cartoon to be released from prison: Madness. These terrorists have threatened violence to staff and other prisoners during their prison sentence, with one requiring isolation after…” said the original Tweet for which Geller was flagged.
Pakistani law is Sharia Law, practiced by radical Islamists, under which women are considered property. The punishment for premarital sex is “100 lashes”. And adultery and apostasy – leaving the faith – are grounds for death by stoning.
.
Prince Alwaleed Bin Talal Bin Abdulaziz Alsaud of Saudi Arabia, a Sharia Law country, owns the second-largest share of the Silicon Valley titan.
.
In 2015, a radicalised American Islamist plotted to behead Geller for “violating Sharia blasphemy laws.”
They mean to kill everyone who doesn’t do their bidding and abide by their law voluntarily,” she told CNN.
Texas police also thwarted an attempted attack against Geller in Garland, Texas, where her organization held a “Draw Profit Mohammad” contest. Images of Mohammad in any form are strictly forbidden by Islam.
.

Geller is also the subject of a fatwa – an order by an Islamic mufti – which mandates that she is to be killed for speaking out against Islam. She wrote a book about living under such threat of danger.

3 thoughts on “France: the ‘yellow vests’ keep marching on”