Pamela deserves much more credit than the FBI, CIA. combined. Between her and Robert Spencer they have spent many years of their lives since 9/11 warning us of the real threat of Islam and Sharia Law. Why else would their lives be in such danger? Support them and their work. 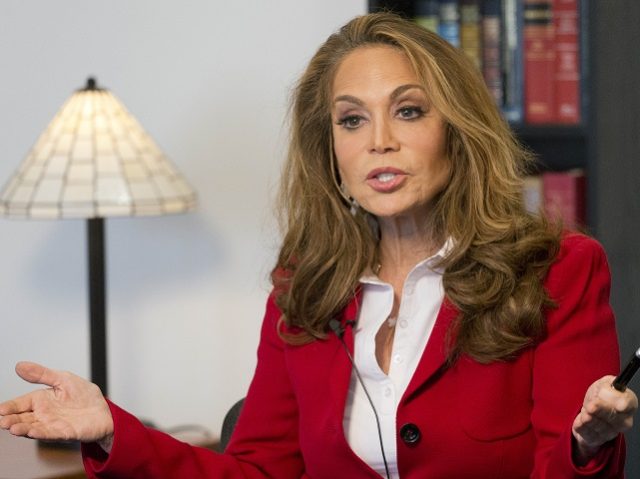 Zulfi Hoxha is reportedly “a senior commander of Islamic State and one of the faces of the group’s recruitment efforts.” He was also “the son of an Albanian-American pizza-shop owner from New Jersey.”

Zulfi Hoxha, a.k.a. Abu Hamza al-Amriki, who was involved in the plot to behead me for daring to defend the freedom of speech and stand up to violent intimidation by sponsoring a Muhammad cartoon contest, is still at large. And a year after a series of shocking revelations about his activities and the jihad network in America, nothing has been done.

It was an extraordinary article to have appeared in the left-wing Atlantic: “A New American Leader Rises in ISIS,” by Seamus Hughes, Alexander Meleagrou-Hitchens, and Bennett Clifford, published on January 13, 2018. What made it extraordinary was that it exploded so many of the core assumptions about the jihad terror threat, assumptions held not only by the media but also by the law enforcement establishment.

For example, it explodes the omnipresent myth that jihadis in the U.S. and Europe are “radicalized” on the Internet: “While it is often tempting,” the article says, “to assume that individuals are ‘radicalized online’ through their consumption of propaganda, this is rarely the case. More commonly, the internet allows people to make contacts with and plug themselves into pre-existing, real-world recruitment and radicalization networks.”

Hughes, Meleagrou-Hitchens, and Clifford also revealed that a “shared interest in video games may have been one of the first things that brought Hoxha together with David Wright,” who was sentenced to 28 years in prison for his role in the plot to behead me.

The video games were not an idle pastime:

Islamic State’s 2015 instructional manual for its Western supporters, “How to Survive in the West,” includes references to video games as a method of training to join the group. More importantly, it may have brought together Wright and Hoxha, who unlike Wright successfully followed through on his intentions to support the Islamic State using violence… During Wright’s trial, prosecutors argued that he used several video games, including Call of Duty: Advanced Warfare and other titles to “virtually prepare” for jihad. His defense attorneys, however, painted Wright, who weighed over 400 pounds at the time of the conspiracy, as a “fat, failed loser” who used video games as a substitute for real-life violent activity, according to the trial transcript. Unfortunately, one can be both a gamer who veers towards violence and weigh in at 400 pounds of loneliness and isolation.

This makes sense of what happened: Wright spent his days playing video games and thus appearing to everyone around him to be a fat loser — when, in fact, he was training for jihad.

The “fat, failed loser” Wright also financed Hoxha’s flight to Syria to train with ISIS: “The court records show that prior to Hoxha’s departure, David Wright put him in touch with another American Islamic State supporter, his uncle Usaamah Rahim, and together they began helping Hoxha as he prepared to travel in the spring of 2015. The two men raised money for Hoxha’s plane ticket to Istanbul by selling Rahim’s laptop on Craigslist.”

Their interactions revealed that these were trained jihadis, not idiots or pikers: “Rahim contacted Wright on Skype with instructions from Hoxha. ‘AsSalaamu A’laikum Zulfi asked me if you could delete his name off Skype,’ Rahim writes. ‘But before you do it, if you have any saved messages to him go to “tools,” go to “options,” then click on “privacy,” and click “clear history.”’ These steps removed the interactions between Hoxha and Wright on Skype, but did not clear the metadata that would later be used in Wright’s trial.”

Yet “at the time of his death, Rahim was portrayed as just another incompetent ‘lone wolf’ Islamic State supporter with no serious connections to any real-world group members,” the authors continue.

Even after investigators arrested Wright, who at the time was unemployed and essentially immobile due to his weight, and [fellow jihadi Nicholas] Rovinski, who had cerebral palsy, this “cell” of Islamic State supporters is still viewed largely as an isolated group of three friends acting on deluded fantasies. While Rahim, Wright, and Rovinski were undoubtedly amateurs, we now know that they formed part of a wider network that was in communication with Islamic State operatives in Syria and had facilitated the travel of Hoxha, who would go on to rise in the group’s ranks.

Far from being “losers,” jihadis from America are generally skilled and sophisticated: “High-ranking and capable American members of the group present a unique threat. It is these figures who often act as nodes for terrorist networks, using their connections and influence to help recruit as well as plan attacks in their home countries.”

The article, in sum, was a complete refutation of everything that has been said and reported about the plot to behead me, and about much more that is assumed about jihadi “lone wolves” in the West and how they are “radicalized.” Loser “lost youth” don’t go on to attain senior rank in the Islamic State without having some specialized acumen. “Islamic State’s American commanders may be limited in number— but the trajectory of the group shows that small numbers can wreak great damage.” Yes, indeed.

Abu Hamza al-Amriki is still out there. Where is he? Are our intelligence and law enforcement agencies still too hamstrung by political correctness and wishful thinking to pursue him in any serious way?