The lame stream media of course paints all migrants with one broad brush, which is absurd. Skilled migrants are always welcome, whereas low IQ Islamic headbangers & African savages are not.

Just three out of every 10 Aussies believe the country needs more people, a survey by the Australian National University has revealed. As the federal government and opposition grapple with their migration policies ahead of the next election, ANU researchers have uncovered a dramatic decline in support for population growth.

With Australia’s population a little over 25 million, more than 2000 adults were asked late last year whether they thought the country needed more people.

Only 30.4 per cent of respondents believed Australia needed more people, compared to 69.6 per cent who felt the country did not.

The high cost of housing, overcrowding in major cities, bad traffic and job security issues were among the most common reasons cited for limiting Australia’s population growth. 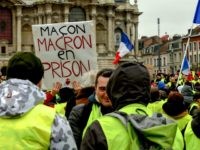 Asylum Claims Up 22% France, Down in Populist Countries

“The government is adopting an approach to population policy and our migration intake that is informed by different local factors across the different parts of Australia,” Senator Birmingham told reporters.

“That will hopefully ensure in the future that we don’t have circumstances where infrastructure is inadequate, because the states and territories have planned effectively and informed our national migration policy effectively to get the best possible outcomes for local communities.”

Support for a big Australia has fallen significantly since a similar question was asked in 2010, when 45.8 per cent of respondents felt the country needed more people.

The 15 per cent drop was largely attributable to falling support levels among men, who were nonetheless still more likely than women to think Australia needed more people.

Australians aged 25 to 34 had the greatest levels of support for an increased population, with 42.2 per cent in favour of growth.

People with higher levels of education and those born overseas — particularly migrants from non-English speaking countries — demonstrated strong support for a bigger population.

Coalition voters had the lowest levels of support of the major parties, with Labor voters somewhere in between.

Those who said they would vote for another party or candidate had the lowest levels of support (20.2 per cent).