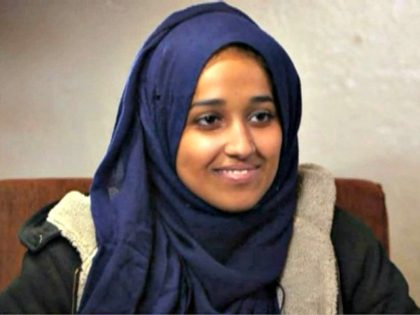 Donald Trump: Islamic State Bride Not Allowed Back to the United States

Muslim lawyer spins the situation of jihadi who wanted America destroyed, and now wants to come “home” to the USA 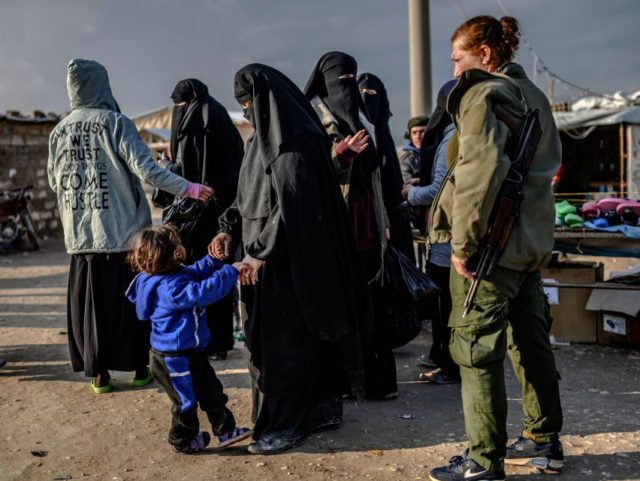 UK authorities are facing the “headache” of an influx of returning ISIS fighters’ wives and children after the fall of the terror group’s caliphate in Syria, according to reports.

In the past week alone at least 12 women with UK citizenship have shown up at refugee camps in northern Syria as operations to drive ISIS out of its last pocket of territory in the Middle Eastern nation draw to a close. 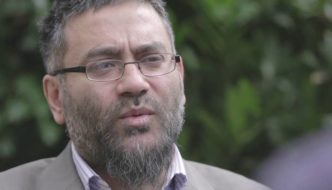 Usama Hasan of the UK’s Quilliam Foundation gives the impression in this article that Ibn Taymiyya was a moderate. Hasan fails to mention that Ibn Taymiyya also said: “Since lawful warfare is essentially jihad and since its aim is that the religion is God’s entirely and God’s word is uppermost, therefore according to all Muslims, those who stand in the way of this aim must be fought.” And: “To fight in defence of religion and belief is a collective duty; there is no other duty after belief than fighting the enemy who is corrupting the life and the religion. There are no preconditions for this duty and the enemy should be fought with one’s best abilities.”

Ibn Taymiyya was one of Osama bin Laden’s favorite Islamic scholars; Osama quoted him repeatedly in his 1996 fatwa declaring jihad against the United States. And here is Usama Hasan invoking him to explain how he has supposedly “deradicalized” several jihadis and would “deradicalize” Shamima Begum. But what if your pupils start reading more Ibn Taymiyya, Mr. Hasan? Have you read Ibn Taymiyya, Mr. Hasan? It is hard to believe that you haven’t, given your work to “deradicalize” jihadis: it would only make sense for you to be familiar with how they become “radicalized” in the first place, and that process has not infrequently involved Ibn Taymiyya’s writings. So don’t you think that invoking Ibn Taymiyya to explain how you would turn a jihadi away from jihad is a bit…cynical and deceptive?

“How would I deradicalise Shamima Begum? With Islamic scholarship,” by Usama Hasan, Guardian, February 19, 2019:

How do we deradicalise young, indoctrinated people like Shamima Begum? As part of their ideology, takfiri terrorist groups such as Islamic State and al-Qaida justify their aggression towards the west by creating a divide between Muslims and non-Muslims….

They really believe the infidels are dumb, deaf & blind. But why doubt it? It’s in the Quran and the kafirs behave stupidly when it comes to Islam. Hoda Muthana isn’t coming back, at least while Donald Trump is President: I have instructed Secretary of State Mike Pompeo, and he fully agrees, not to allow Hoda Muthana back into the Country! — Donald J. Trump (@realDonaldTrump) February 20, 2019