Turkey’s Islamist president Recep Tayyip Erdogan has been inflaming his supporters by showing footage of the suspected far-right terror attack in Christchurch, New Zealand, at political rallies — a move which potentially “imperils the future and safety of the New Zealand people and our people abroad”, according to the Pacific country’s foreign minister.

Turkey’s President has warned anti-Muslim Australians that if they visit his country they will return home in coffins like their grandfathers did after Gallipoli.

In a reference to the World War I Dardanelles campaign, Recep Tayyip Erdogan alleged Australian Brenton Tarrant was targeting Turkey during his attack on two Christchurch mosques. “Your grandparents came, some of them returned in coffins,” Mr Erdogan said. “If you come as well like your grandfathers, be sure that you will be gone like your grandfathers.” 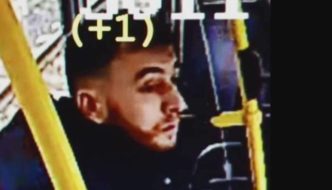 Utrecht jihad murderer captured, had been arrested before for suspected links to the Islamic State, but was released

Salvini prevents rescue ship from docking on island of Lampedusa and issues directive to keep refugees out.

TEL AVIV – Turkish President Recep Tayyip Erdogan on Saturday called on Prime Minister Benjamin Netanyahu to “twist the ear” of his son Yair to punish him for calling Istanbul by its former name of Constantinople.

“You should twist the ear of your son for calling Istanbul Constantinople,” Israel’s Kan broadcaster quoted Erdogan as saying.

Yair Nathanyahu reminded him that Istanbul is actually a city called Constantinople! The capital of the Byzantine empire and center of orthodox Christianity for more then a thousand years before Turkish occupation!

“I’ll also remind him the genocide Turkey had done against Greeks, Assyrians, and Armenians! They ethically [sic] cleansed all Christians from Asia Minor!” he wrote in a follow up tweet.

Forgot to mention also these days turkey is committing genocide to the Kurds. And occupying northern Cyprus.