“Because of what they have done, all Muslims are treated as suspects.”

…and they should be. Because they all follow the same ideology.

Sri Lanka’s Muslim community is on edge, with Pakistani Muslim refugees near Negombo — where a church was blown up — boarding buses to escape the threat of retaliation. 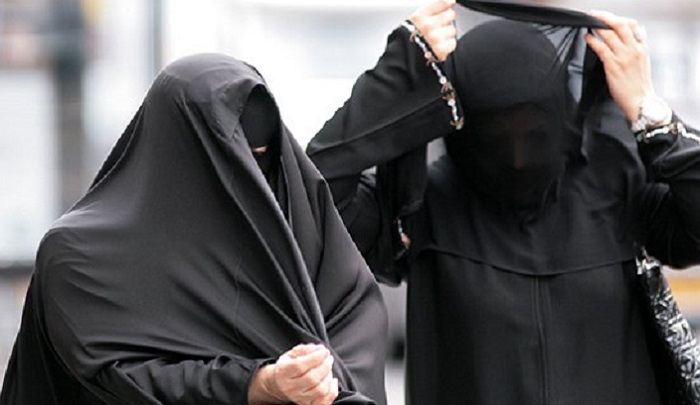 They need a lot more than a burqa ban. But lets see how far they get with this one.

In response to the jihadist bombings in Sri Lanka, the country is now considering banning the burqa “after police found several women suspected of having aided the Easter terror attacks were wearing burqas.” Western Leftists have been too busy screaming “Islamophobia” and “racism” to notice that many countries have banned the burqa for security reasons.

There is a war on Christians in this world but  leftoids are too busy protecting the very people that murder Christians. Arrests, interrogations and controlled detonations are still continuing around Sri Lanka, with authorities saying they also plan to beef up security around airports and for airlines.

Two brothers at the centre of the plot were the sons of a wealthy spice merchant, and their sprawling white house is one of the most ostentatious in the suburb where they lived.

The pregnant wife of a Sri Lanka bomber detonated a suicide vest when police raided the affluent family’s home in the wake of the terror attacks, killing her own children.

Another of the suicide bombers behind the deadly string of attacks that killed 359 people and injured 500 on Easter Sunday studied in Australia before returning to settle in Sri Lanka.

Sri Lanka’s deputy defence minister Ruwan Wijewardene told a press conference most of the suicide bombers were well educated and from affluent families.

Some had law degrees, and all were Sri Lankan, he added.

Fatima, intelligence sources said, is believed to have been present amid a group of veiled suicide bombers swearing allegiance to the Islamic State”

Ibrahim ” along with his brother Ilham Ahmed Ibrahim ” left the family’s three-storey luxury home in Dematagoda and blew themselves up at the Cinnamon Grand and Shangri-La hotels’ breakfast buffets, as part of a wave of attacks on hotels and churches in which more than 359 people were killed

Fatima, the intelligence sources said, is believed to have been present amid a group of veiled suicide bombers swearing allegiance to the Islamic State, whose images were released by the jihadist organisation on Tuesday night. She can be seen, the sources said, on the right hand side of the frame, standing behind her husband.

Both brothers are sons of Mohammed Yusuf Ibrahim, a millionaire spice-trader who contested elections on Left-leaning Janatha Vimukthi Peramuna party. Ibrahim counted Minister for Industry and Commerce Rishath Bathiudeen among his close friends, and had often been seen at former President Mahinda Rajapaksa’s receptions.

In an interview to The Mirror, Inshaf Ibrahim’s brother-in-law, jeweller Ashkhan Alawdeen, said the businessman-bomber had left home on Friday, saying he was going to Zambia for a business trip.

The parting with his sister, Alawdeen said, was unsual: “When he said goodbye he held her head and said, ‘be strong’.”

“She thought it was a bit strange at the time but didn’t think anything of it.”

“My brother-in-law is a psychopath,” Alawdeen told The Mirror, “He deserves to be punished in hell.”

Inshaf Ibrahim owned Colossus Copper, a manufacturing facility in an industrial estate east of Colombo. The factory, investigators believe, was used to fabricate the suicide vests used in the attack, supplying bolts and screws that filled the devices.

Nine Sri Lankans at the factory, including the manager, were arrested shortly before midnight on Sunday. They worked alongside Indians and Bangladeshi migrant workers.

Should we be concerned?