‘Caldron Pool’ calls him “a Christian apologist from the United States”. Unbelievable.

A Christian apologist from the United States was banned by Facebook recently after he shared a screenshot of a death threat he received from a Muslim.

Facebook accused Wood of violating Community Standards on multiple occasions. One violation included posting a famous historic photograph of Adolf Hitler’s meeting with the Grand Mufti of Jerusalem, for which Wood copped a three-day ban.

Hours after the ban was lifted, Facebook accused Wood of violating Community Standards again, temporarily banning him for a further 7 days. This time, for a link Wood shared FOUR-YEARS earlier, containing a screenshot of a death threat he’d received from a Muslim.

Wood was then banned again for violating Community Standards after he shared a historic photograph of a man who refused to give the Nazi salute. “Be this guy,” Wood said in the caption. 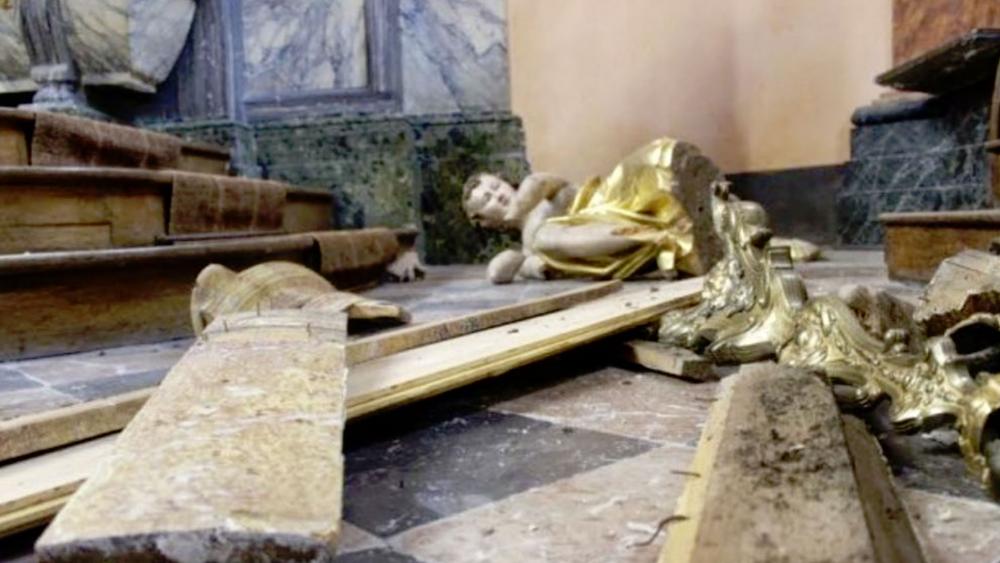 Across Europe, there has been a growing rise in attacks on churches. Countries like France and Germany have seen a spike in violent vandalism, desecrating cherished churches and Christian symbols in recent months and years.

According to the German news site PI-News, every day in France, two churches are desecrated. They report 1,063 attacks on Christian churches or symbols like crucifixes, icons, and statues in France in 2018, marking a 17 percent increase from the year before.

The Middle East Forum reports that attacks on Catholic churches in France since the start of the year have included smashed statues, broken crosses, and demolished tabernacles. 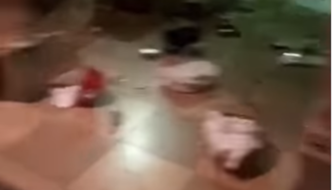 ‘A RIVER OF BLOOD’: SRI LANKA BLOCKS FACEBOOK, WHATSAPP AFTER WAVE OF ISLAMIC BOMBINGS OF CHURCHES ON EASTER, CITING “MISINFORMATION CONCERNS” ABOUT ISLAM

RUSSIA’S LARGEST YESHIVA ATTACKED WITH ARSON AND SWASTIKAS ON PASSOVER

“This is a famous picture of a group of workers who were told to salute Hitler. And one guy just stood there and wouldn’t salute. I said that we should be the guy that refuses to salute Hitler… and Facebook replied, ‘You can’t say that on our platform,” Wood explained.

“I’m telling people not to submit to fascists, and Facebook decides to ban me for it. What has this platform become?”