All leftoids yawn. It’s not a Catholic priest, no problem….

That’s what the climate racket is all about: it’s to usher in communist totalitarianism, to control the sheeple in highrise dwellings. Taking their mobility away is a matter of urgency: 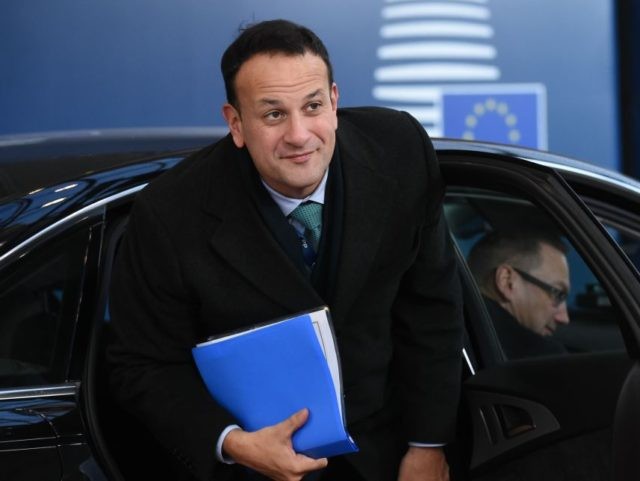 In order to avert a “climate apocalypse”, the government plans to force people “out of private cars because they are the biggest offenders for emissions”, according to transport minister Shane Ross whose proposals — which include banning fossil fuel vehicles from towns and cities nationwide — are posed to cripple ordinary motorists, local media reports.

Launching the plan in Dublin, leader Leo Varadkar outlined his vision for an Ireland of ‘higher density’ cities consisting of populations whose lifestyles and behaviours have been totally transformed by ‘carrot and stick’ policies outlined in the climate plan.

“Our approach will be to nudge people and businesses to change behaviour and adapt new technologies through incentives, disincentives, regulations and information,” the globalist prime minister said.

“We are going to change how electricity is produced and consumed, how our homes and workplaces are heated; the way we travel; the types of vehicles we purchase; and how food is produced.

‘Put an Empty Space to Better Use’: Irish Urged to House Migrants in Spare Beds http://www.breitbart.com/london/2018/05/16/irish-told-house-migrants-spare-bedrooms/ …

Homeowners in Ireland have been asked to pledge spare rooms as part of the government’s Irish Refugee Protection Programme.

The document, which was unveiled on Tuesday, features more than 180 measures to decarbonise the Irish economy including making private car ownership prohibitively expensive — with petrol and diesel car sales banned by 2030, a date by which it says general carbon tax will be increased from €20 a tonne to “at least” €80.

In addition, the plans demand that coal and peat-fired power stations are replaced with wind farms and other “green” energy sources in order to meet the requirement that 70 per cent of electricity will be generated from renewables by 2030.

While Ireland’s establishment backs “social justice” and open borders, a poll reveals most citizens feel uneasy about its transformation.

But plans to dramatically slash carbon emissions by ditching tried and tested energy sources such as coal and nuclear in favour of renewables will necessarily result in a collapse in living standards according to scientists including Cambridge engineering professor Michael Kelly, who has previously explained that such proposals “represent total madness”.

“In energy terms the current generation of renewable energy technologies alone will not enable a civilised modern society to continue,” he asserted in a peer-reviewed paper published in 2016, pointing out that renewables such as solar, wind, and hydro power supply just seven per cent of electricity needs globally while “the rate at which fossil fuels are growing is seven times that at which the low carbon energies are growing”.

The Hughes Medal-decorated physicist cautioned: “The call to decarbonise the global economy by 80% by 2050 can now only be described as glib in my opinion, as the underlying analysis shows it is only possible if we wish to see large parts of the population die from starvation, destitution or violence in the absence of enough low-carbon energy to sustain society.