Saudi Arabia has accused the Australian government of racism and of supporting anti-Islamic terrorists like the alleged Christchurch shooter, in an extraordinary dispute that has erupted at the United Nations.

Earlier this week, Australia led a coalition of countries condemning Saudi Arabia over a raft of human rights abuses, including arbitrary detention, torture, enforced disappearances and the murder of Jamal Khashoggi.

Australia’s ambassador to the UN, Sally Mansfield, delivered a statement on behalf of 24 nations to the United Nations Human Rights Council in Geneva, excoriating the Saudi kingdom for systematic violence and human rights abuses, particularly against those who oppose the ruling regime. 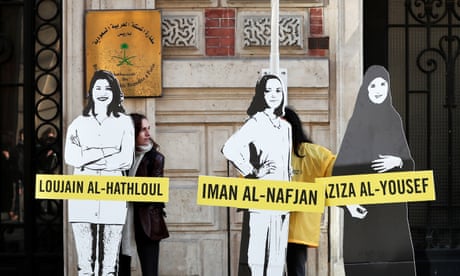 Saudi Arabia itself is a member of the 47-member UN Human Rights Council, though the country’s ambassador was not in the room to hear the speech, having left to host his country’s national day reception.

“Unfortunately, these have become popular and even accepted by some western parliaments, they are even sponsored by certain governments.

“We see in some countries, radicalism against Muslims, we see xenophobia, racism. And some governments sympathise with them, like Australia. Here we refer to the massacre perpetrated by Brenton Tarrant – an Australian – which was based on hate speech.”

“We have listened with great surprise to the statement of Australia on behalf of a group of states. In it, there are many mistakes and misleading information against my country. The Kingdom continues its reform policies in accordance with its values and Islamic teachings, especially with regards to the rights of women.”

Saudi officials at first denied responsibility for Khashoggi’s death, but eventually admitted he had been killed inside the consulate. A report published in June by the UN special rapporteur on extrajudicial executions said there was credible evidence warranting further investigation of high-level Saudi officials, including Crown Prince Mohammed bin Salman. The report also said that the circumstances “point to a possible act of torture.”

“It is important that truth be established and accountability be achieved … for Mr Khashoggi’s loved ones … we call for an end to impunity for torture and extrajudicial killings,” the statement read by the Australian ambassador said. 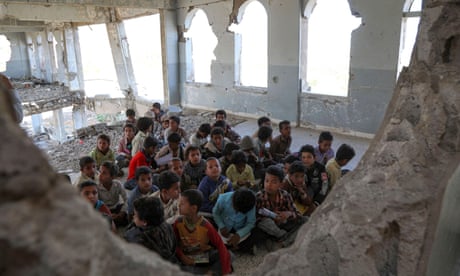 “We applaud the Australian government for taking a principled stand and speaking up about extremely concerning human rights violations that another member of the council has been committing with impunity,” MacDonald said.

“Public condemnation like this from Australia and other countries will increase the pressure on Saudi Arabia … if you have a seat on the UN Human Rights Council, then you have an obligation to use it.”

The UN feud complicates Australia’s relationship with the Saudi kingdom. Australia sells weapons to Saudi Arabia, and Australia is a part of the US-led mission patrolling the Strait of Hormuz, a mission aimed at curbing Saudi antagonist Iran’s actions in the Gulf.

A UN report earlier this month detailed compelling evidence of possible war crimes by the Saudi-led coalition fighting a war against Houthi rebels in Yemen. The coalition of countries led by Saudi Arabia has starved civilians, bombed hospitals and blocked humanitarian aid during the five-year conflict in the gulf state.

The UN report warned that countries which arm the Saudi military, such as Australia, the US, UK and France, could also be guilty of war crimes.