Mohamud was ‘like an animal’, ‘fixated’ on stabbing and slashing:

The American ISIS woman (who owned Yazidi slaves in Syria& who claimed earlier that she was innocent) has now confirmed that she made 3 trips to Hong Kong transporting more than $30,000 in cash & gold. Those assets were intended to be used by ISIS. Wisconsin: Muslima who claims discrimination because of her hijab exposed as a fraud

More than 200 people killed in one week in #IranProtests . The biggest blackout in history of the internet and @EUparliament has done zero!  But EUSSR apparatchiks don’t care about liberty. You don’t care about human rights, you will kiss the hands of the mullahs. Why? 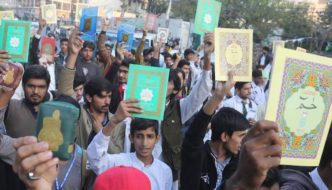 WHAT DO THESE PEOPLE ALL HAVE IN COMMON?

#Aboriginal #welcometocountry ceremonies are “ancient” rituals that didn’t exist until 20 years ago. What is their purpose?

DON’T WELCOME ME TO MY OWN BLOODY COUNTRY. – Pickering Post

The Truth About Human Rights Watch

Human Rights Watch should change its name to “No Rights For Israel Watch”. They are hypocrites.