“Rescued” is code for having been lured by so-called ‘NGO’ boats & then having been ferried across the Mediterranean.

In the central Mediterranean (AFP) — Nearly 500 migrants rescued in the Mediterranean by two boats run by aid agencies were looking for safe ports in Malta and Italy, the groups said Monday. The Ocean Viking, a rescue vessel run by SOS Mediterranee in partnership with Doctors Without Borders (MSF) was carrying 407 people rescued in a total of five operations carried out over 72 hours.

Another 78 people were taken on board the Alan Kurdi, run by the Sea-Eye organisation based in Germany. They were rescued in two operations. 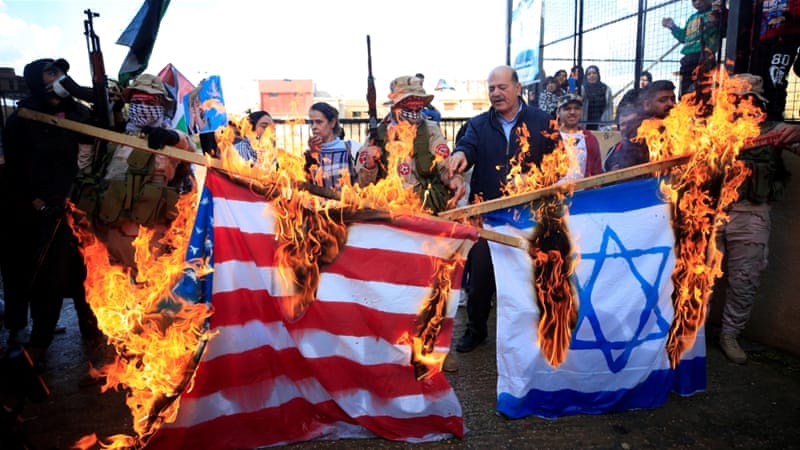 Not our problem. Arabs are Arabs. Allah wants them to be one big, happy family.

Palestinian refugees in Lebanese camps pessimistic as Trump’s ‘deal of the century’ includes no right of return.

Sea-Eye tweeted Sunday that the Alan Kurdi was headed for Italy after Malta refused them a safe port.

“Ocean Viking has rescued 184 men, women and children in distress… on two inflatable rafts,” off the Libyan coast, MSF tweeted.

They pulled 82 of them out of the water in a zone normally covered by the Maltese authorities, they added.

“With five night-time operations carried out in less than 72 hours, that’s a total of 407 survivors who are now safely on board,” MSF added.

“As we approached, it was clear the people were highly stressed & panicking,” MSF tweeted, quoting Catherine, one of the nurses on board the Ocean Viking.

“Having been at sea for 22 hours, many were suffering from hypothermia & dehydration. Others had been exposed to fuel, which can develop into burns on the skin,” she added.

“Despite the winter, despite the bad weather, and despite the very few boats dedicated to the rescue in the area, boats are still leaving Libya in numbers,” Aloys Vimard, MSF’s coordinator on board the Ocean Viking, told AFP.

“The survivors tell us about the deteriorating security situation in Libya where there is active conflict.”

MSF had refused an offer to land them at Libya as “it is not a safe place” and were looking for other destinations,” he added.

An internationally brokered truce between the UN-recognised Government of National Accord (GNA) in Tripoli and rival eastern military commander Khalifa Haftar has already broken down.

The Libyan capital’s sole functioning airport came under renewed fire Sunday and fresh fighting broke out hours after the UN mission there condemned ongoing violations of an arms embargo.

Since the summer of 2018, the European Union has tasked Libya’s coastguard with coordinating search and rescue operations in a vast stretch of the Mediterranean beyond their territorial waters.

But the conflict there means that these operations are beyond them, says SOS Mediterranee.

One thought on “With Salvini gone, the traffic of third-world migrants to Europe is again full on”