China poisons the world, crashes our economy and then scoops in to acquire our assets which fell victim to their virus.

At least three Chinese government-owned airlines want to buy Virgin Australia after a refused bailout by the Australian government.

At least three Chinese government-owned airlines want to buy Virgin.
Is that going to help us or do we need to BAN all asset sales to China immediately?

Read the full article below the fold.

Sacrificing Our Daughters: On the Psychology of Islamic Rape-Gangs

From the open sewers of Pakistan straight into the British House of Commons:

Naz Shah is accepted as an outspoken “anti-hate” activist when she promotes it herself through her disdain for the young white British girls who were raped by Muslim gangs. Shah has been a key figure in trying to stifle reporting about the Muslim rape gang scandal. 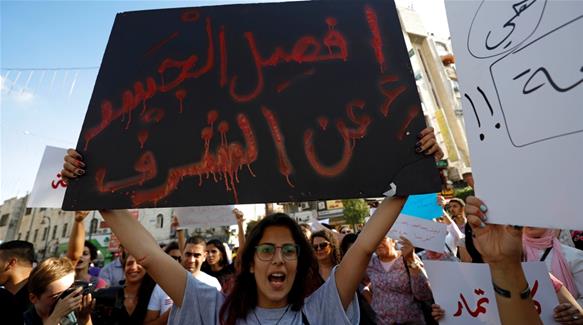 Since start of coronavirus lockdown, at least five women have been killed at the hands of their abusers, activists say.

In this Sept. 4, 2017 file photo, a paper heart reading “Dear Maria, we will never forget you” is hanging near the site of the crime at the Dreisam river in Freiburg, Germany. A district court later convicted a young migrant of raping and killing 19-year-old medical student Maria Ladenburger in a case that fueled a nationwide debate about the country’s migration policy. (Patrick Seeger/dpa via AP,file)

A British woman going by the pseudonym “Kate Elysia” recently revealed the extent of her sexual victimization by Muslim men. While this included the usual — including drugs, and gang-rapes by as many as 70 men — her story had an interesting twist to it.

According to the report: “[A]t one point during her abuse, she was trafficked to the North African country of Morocco where she was prostituted and repeatedly raped.” There she was kept in an apartment in Marrakesh, where another girl no more than 15 was also kept for sexual purposes. “I can’t remember how many times I’m raped that [first] night, or by who,” Kate recounted.

That she was seen as a piece of meat is evident in other ways: “The Pakistani men I came into contact with made me believe I was nothing more than a slut, a white whore. They treated me like a leper, apart from when they wanted sex. I was less than human to them, I was rubbish.”

What explains the ongoing victimization of European women by Muslim men — which exists well beyond the UK, and has become epidemic in Germany, Sweden, and elsewhere?

While these sordid accounts are routinely dismissed as the activities of “criminals,” they are in fact reflective of nearly fourteen centuries of Muslim views on and treatment of European women. Nothing in Kate’s account — not even the otherwise extreme aspect of taking her to Morocco to be a sex slave — has not happened countless times over the centuries.

For starters, Muslim men have long had an obsessive attraction for fair women of the European variety. This, as all things Islamic, traces back to their prophet, Muhammad. In order to entice his men to war against the Byzantines — who, as the Arabs’ nearest European neighbors came to represent “white” people — Muhammad told them they would be able to sexually enslave the “yellow” women (an apparent reference to their hair color).

For over a millennium after Muhammad, jihadi leaders — Arabs, Berbers, Turks, Tatars — also coaxed their men to jihad on Europe by citing (and later sexually enslaving) its fair women, as copiously documented in Sword and Scimitar: Fourteen Centuries of War between Islam and the West. For one example, prior to invading Spain, jihadi hero Tarek bin Ziyad enticed his men by saying: “You must have heard numerous accounts of this island, you must know how the Grecian maidens, as beautiful as houris [sexual superwomen are awaiting your arrival, reclining on soft couches in the sumptuous palaces of crowned lords and princes.”

That the sexual enslavement of fair women was an aspect that always fueled the jihad is evident in other ways. Thus, for M.A. Khan, a former Muslim author, it is “impossible to disconnect Islam from the Viking slave-trade, because the supply was absolutely meant for meeting [the] Islamic world’s unceasing demand for the prized white slaves” and for “white sex-slaves.”

And just as Muslim rapists saw Kate as “nothing more than a slut, a white whore,” so did Muslim luminaries always describe the nearest white women of Byzantium. For Abu Uthman al-Jahiz (b. 776), a prolific court scholar, the females of Constantinople were the “most shameless women in the whole world … [T]hey find sex more enjoyable” and “are prone to adultery.” Abd al-Jabbar (b. 935), another prominent scholar, claimed that “adultery is commonplace in the cities and markets of Byzantium,” so much so that even “the nuns from the convents went out to the fortresses to offer themselves to monks.”

As Nadia Maria el-Cheikh, author of Byzantium Viewed by the Arabs, explains:

Our [Arab/Muslim] sources show not Byzantine women but writers’ images of these women, who served as symbols of the eternal female — constantly a potential threat, particularly due to blatant exaggerations of their sexual promiscuity. In our texts, Byzantine women are strongly associated with sexual immorality. … While the one quality that our [Muslim] sources never deny is the beauty of Byzantine women, the image that they create in describing these women is anything but beautiful.

Their depictions are, occasionally, excessive, virtually caricatures, overwhelmingly negative … The behavior of most women in Byzantium was a far cry from the depictions that appear in Arabic sources.

But even taking Kate to Morocco and turning her into a sex slave is a mirror reflection of history.  Thanks to Ottoman support for the slave-raiding pirates of North Africa, the so-called “Barbary States,” by 1541 “Algiers teemed with Christian captives [from Europe], and it became a common saying that a Christian slave was scarce a fair barter for an onion.”

According to the conservative estimate of American professor Robert Davis: “[B]etween 1530 and 1780 [alone] there were almost certainly a million and quite possibly as many as a million and a quarter white, European Christians enslaved by the Muslims of the Barbary Coast,” of which Morocco was one. Women slaves — and not a few men and boys — were almost always sexually abused. With countless European women selling for the price of an onion, little wonder by the late 1700s, European observers noted how “the inhabitants of Algiers have a rather white complexion.”

It was the same elsewhere. The slave markets of the Ottoman sultanate were for centuries so inundated with European flesh that children sold for pennies, “a very beautiful slave woman was exchanged for a pair of boots, and four Serbian slaves were traded for a horse.” In Crimea — where some three million Slavs were enslaved by the Ottomans’ Muslim allies, the Tatars — an eyewitness described how Christian men were castrated and savagely tortured (including by gouging their eyes out), whereas “[t]he youngest women are kept for wanton pleasures.”

Such a long and unwavering history of sexually enslaving European women on the claim that, like Kate Elysia, they are all “nothing more than a slut, a white whore,” should place the ongoing sexual abuse of Western women in context — and suggest that there’s little chance of change along the horizon.

One thought on “Sacrificing Our Daughters: On the Psychology of Islamic Rape-Gangs”