Sky News host Paul Murray says there are people who “want to pretend that Australia has an exact carbon copy situation of what’s been happening in the US”.

In Australia media organisations and sects of society have been comparing America’s situation with the one in Australia bringing attention to indigenous Australian incarceration. Mr Murray said these people think “we must hang with the cool kids, we must be able to protest with Antifa, we must desperately want to be on the bandwagon”. Facts don’t matter to the academic victimology narrative. Far from destroying the black body, whites are the overwhelming target of interracial violence. Between 2012 and 2015, blacks committed 85.5 per cent of all black-white interracial violent victimizations (excluding interracial homicide, which is also disproportionately black-on-white). That works out to 540,360 felonious assaults on whites. Whites committed 14.4 per cent of all interracial violent victimization or 91,470 felonious assaults on blacks. Blacks are less than 13 per cent of the national population.
.
If white mobs were rampaging through black business districts, assaulting passersby and looting stores, we would have heard about it on the national news every night. But the black flash mob phenomenon is grudgingly covered, if at all, and only locally. 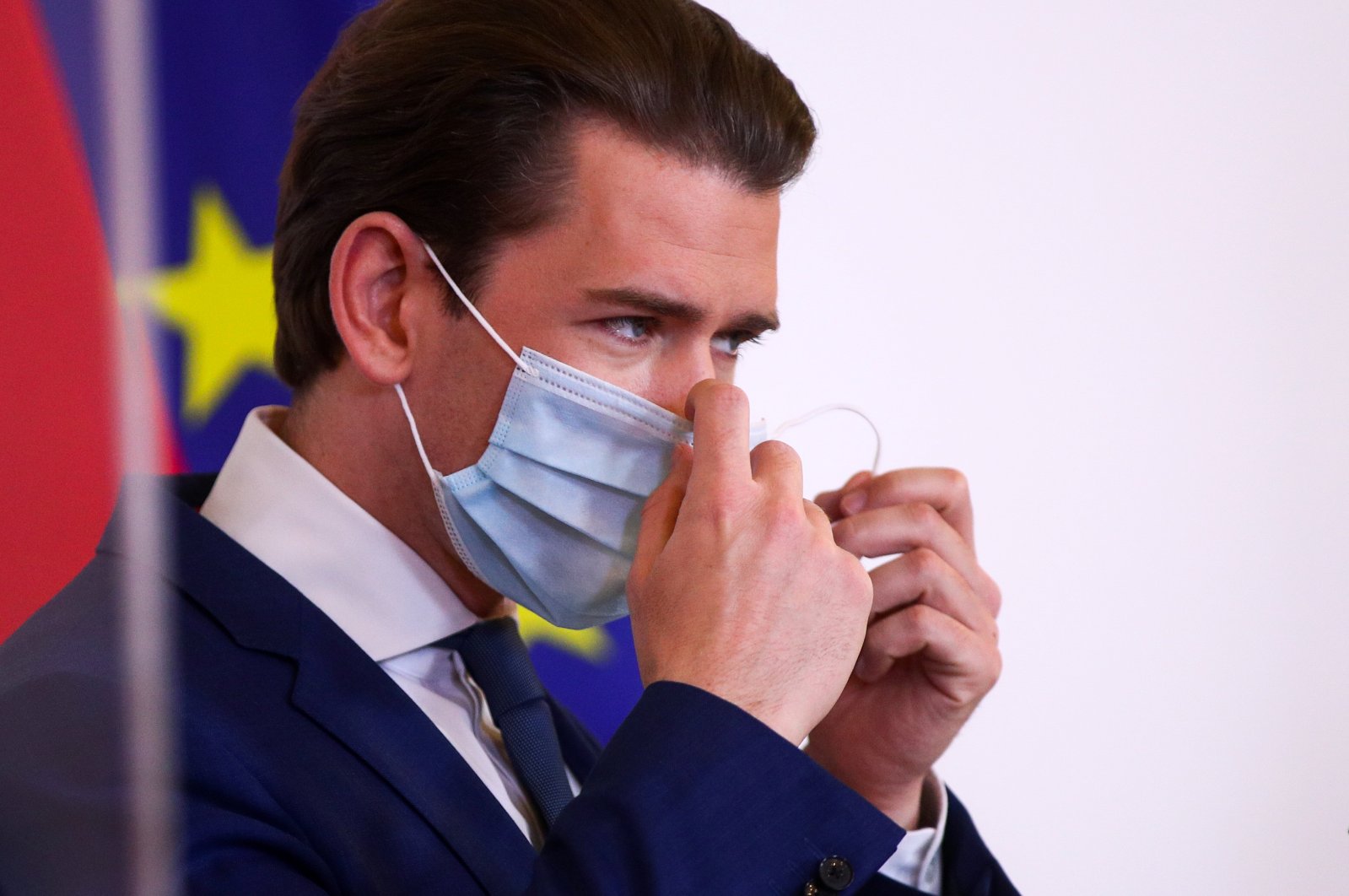 Austrian Chancellor Sebastian Kurz removes his face mask as he attends a news conference during the coronavirus outbreak in Vienna, Austria, May 29, 2020. (Reuters Photo)
.

A high level of anti-Muslim hatred in Austria is a rising concern, according to an expert commission of the Council of Europe.

An annual report published Tuesday by the European Commission against Racism and Intolerance (ECRI) elaborates that the public discourse has become “increasingly xenophobic,” and the political scene is taking part as well. The report describes political speeches as “highly divisive and antagonistic,” targeting Muslims and refugees.

The European Commission against Racism and Intolerance (ECRI) is, you guessed it, just another Soros financed pressure group. This article was printed in the ‘Daily Sabah’ a Moslem rag.

“Certain politicians and media persist in portraying Muslims in a negative light,” it said. “Claims about a presumed lack of integration of Muslims in Austria and about their alleged opposition to ‘fundamental Austrian values’ leading to violent extremism remain common in public discourse and contribute to a climate of mistrust and fear of Muslims.”

One example of the populistic approach is seen in the discussion of girls wearing headscarves at primary schools. The report said that the School Education Act in 2019 “raises concern regarding the principles of lawfulness, neutrality and non-discrimination.” It went on to say that there has been a steady increase in discrimination in educational institutions. While there were only 47 such cases reported in 2016, the numbers rose to 173 in 2017, reaching a peak in 2018 with 260.

The general intolerant discourse toward Muslims raises further concerns, the report said, using two studies as examples. According to a study in 2017, around 28% of the Austrian population do not want Muslim neighbors while 65% were against further migration from Muslim states. Another study showed that in the previous year, 32% of the questioned Muslims said they had experienced “harassment due to their ethnic or immigrant background.”

ECRI also appealed to the parties to adopt policies that prohibit hate speech. They recommend that Austrian authorities establish closer cooperation between the police and risk groups, especially people of color and Muslims.

One thought on “Is “Isamophobia” still a thing?”