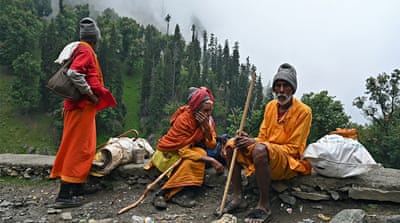 A woman who had the citizenship of the United Kingdom revoked after she travelled to Syria to join the ISIL (ISIS) group should be allowed to return home to challenge the decision, a court has ruled.

The decision came on Thursday, months after Shamima Begum, 20, lost the first stage of her case about the legality of the government’s decision at the Special Immigration Appeals Commission (SIAC) in February.

Begum was 15 when she and two other schoolgirls from Bethnal Green in east London left home to join the armed group on February 17, 2015.

She claims she married a Dutch convert soon after arriving in ISIL-held territory. She was discovered, nine months pregnant, in a Syrian refugee camp in February 2019.

Her newborn baby died soon after she gave birth. Two of her other children also died under ISIL rule.

That prompted her to take legal action, arguing the decision was unlawful, made her stateless and exposed her to the risk of death or inhuman and degrading treatment.

The UK-born Begum is of Bangladeshi heritage. But Bangladesh’s foreign minister has said he would not consider granting her citizenship.

Daniel Furner, Begum’s lawyer, said his client had “never had a fair opportunity to give her side of the story”, which made the government’s decision unjust.

Human rights group Liberty also welcomed the decision, saying: “The right to a fair trial is not something the government can take away on a whim.”

“It is a fundamental part of our justice system and equal access to justice must apply to everyone,” it said.