Absurd claims & tall tales are the essence of Mohammedanism. But no matter how absurd, there’s always another sucker who believes absurdities and commits atrocities in the name of the meshugga prophet.

Palestinian Cleric Abu Taqi Al-Din Al-Safafi in Al-Aqsa Mosque Address: “Columbus Stole the Manuscripts of Islamic Scholars”
As you can see in the video below, in comments translated by the Middle East Media Research Institute, Palestinian cleric Sheikh Abu Taqi Al-Din Al-Safafi said that Islamic scholars had preceded the West in great scientific achievements and that the 16th-century Ottoman seafarer Piri Reis had drawn a map that “astonished NASA” and had revealed that he had discovered the Americas prior to Columbus. Columbus, according to Sheikh Al-Safafi, had “stolen the manuscripts of the Muslim scholars,” . He further said that the West “are nothing but so-called ‘thieves’,” and that their contribution to science “has no spiritual, humanistic, or moral dimension” but is “utilized only in order to serve their devils – human and jinn – and in order to destroy humanity.” 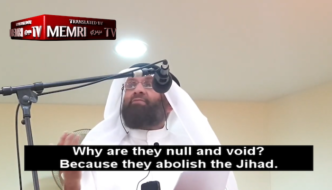 Muslim cleric: Permanent agreements with Jews ‘won’t be found in Quran or Sunnah. Can one abolish the jihad?’ 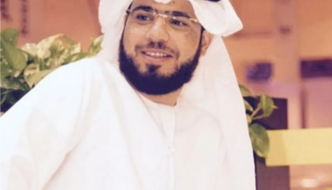 The religious aspect of the Israeli-Arab conflict is always front and center in the statements of Arab Muslim leaders, and yet it is the single element most frequently and immediately discounted and ignored by Western foreign policy analysts. 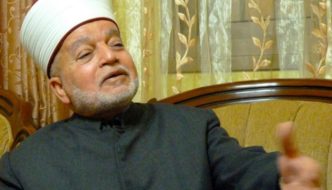 PA’s Grand Mufti: We will spit in the face of Muslims who visit al-Aqsa Mosque through the Israeli gate 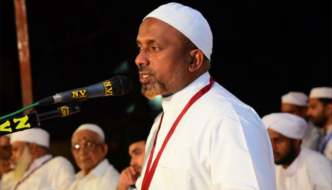 Muslim cleric: “There is a race called ‘Jews’. They are our enemies. Juice came from Jews. So never drink juice.” 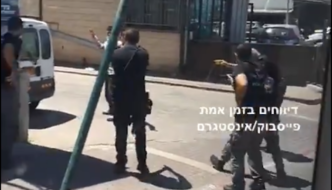 “The suspect was reportedly mentally ill and was recently treated by the Palestinian Authority’s health and welfare entities.” Interesting that there is an awful lot of this kind of “mental illness” among “Palestinians.” It is a shame to see this denial and willful ignorance even among Israelis, who have every reason to know better. 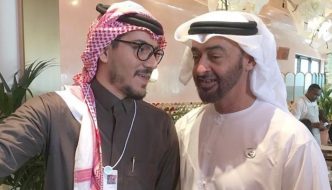 There are many reasons for the Arabs to be tired of the Palestinians.

In the first place, the constant demands for Arab financial support — in recent times seldom met — come with ill grace from Hamas, just two of whose leaders, Khaled Meshaal and Mousa Ibn Marzouk, have each amassed fortunes of at least $2.5 billion, and from the PA, whose leader Mahmoud Abbas has not done badly, either, sharing with his two sons Tareq and Nasser the tidy sum of $400 million.

There is also the maddening fact that the Palestinians have refused to negotiate in good faith with the Israelis, turning down the most generous of proposals. Both Yassir Arafat and Mahmoud Abbas walked away from offers made to them by Ehud Barak and Ehud Olmert, respectively, which would have given them 95% of the West Bank. They wouldn’t accept anything less than Israel’s return to the 1949 armistice lines, within which Israel at its narrowest was only nine miles wide. Abba Eban called the 1949 borders — which the Arabs refused to recognize — the “lines of Auschwitz.” 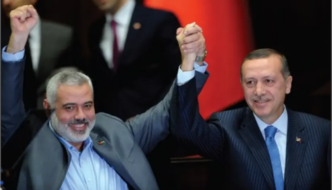 One thought on “Mohammedanism, the gift that keeps on giving”