Seriously, did you think Sisi was different?

Islam trumps everything: logic, common sense, your rights, your speech, your money, the law of gravity and your birthright.

If the future belongs to Islam, we don’t have one.

It’s either Islam or civilisation. 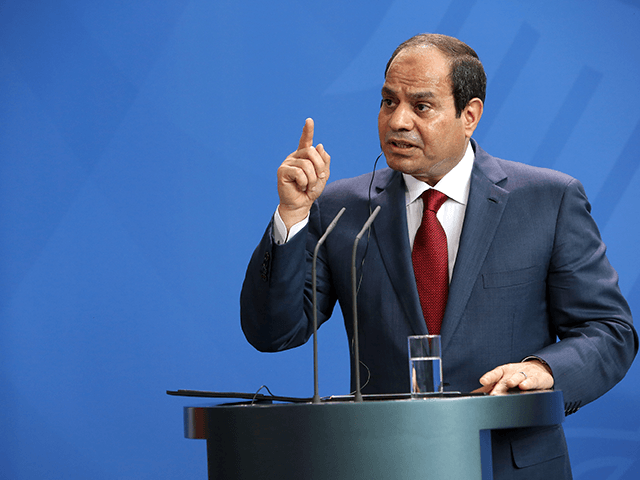 Egyptian President Abdel Fattah el-Sisi said on Wednesday that worldwide freedom of expression “stops” when Muslims are offended by material they regard as blasphemous, such as the images recently displayed in France.

Sisi said he was not endorsing violence or terrorism, such as the October 16 beheading of French teacher Samuel Paty by a teenage Chechen Muslim after Paty showed cartoons of Mohammed to his students. The murder shocked France and prompted widespread acts of defiance against Islamism, including prominent displays of the Mohammed cartoons.

Sisi nevertheless argued that Muslims have a right not to be offended that should take priority over Western rights of free expression.

Rouhani: ‘Insulting the Prophet is insulting all Muslims’

Tehran ramps up rhetoric against Macron and France, where there is renewed public support for the right to show caricatures of Prophet Muhammad.

“We also have rights. We have the right for our feelings not to be hurt and for our values not to be hurt. And if some have the freedom to express what is in their thoughts I imagine that this stops when it comes to offending the feelings of more than 1.5 billion people,” Sisi said at a commemoration of Mohammed’s birthday, a holiday called Mawlid celebrated by Sunni Muslims on October 29 this year. (Shiites and some other sects of Islam believe Mohammed was born on a different day).

Sisi also insisted that “tolerance is the essence” of Islam.

“Unfortunately, there are extremists from all religions who seek to enhance the spirit of strife and ignite anger and hatred,” he added.

No. There are no “extremists” of other religions with a mandate to murder everyone who criticises their religion. Only Islam that does that.

“Offending Islam and Muslims has become a tool to mobilise votes. The offensive cartoons depicting Prophet Mohammed (PBUH) [constitute] blatant hostility against this noble religion and its Prophet,” al-Tayeb charged, as quoted by Gulf News. PBUH is short for “peace be upon him,” a ritual declaration used by Muslims when referring to Mohammed.

“These offensive cartoons adopted by some newspapers and some policies, constitute a violation of all international and legal norms and open hostility towards Islam and Muslims,” he declared.

“Muslims must adhere to peaceful, legal and rational methods in resisting hate speech and obtaining their legitimate rights, following the example of their noble Prophet Mohammed, may God bless him and grant him peace,” al-Tayeb said.

Sisi and al-Tayeb would seem to be on shaky logical ground by praising Islam as tolerant at the same time they list forms of free expression it will not tolerate and demanding restrictions on the free speech of non-Muslims, but the constricted vision of free expression they articulated is not without advocates in America and Europe.

That’s what is known as Islamic ‘dualism’.

President Barack Obama’s notorious “the future must not belong to those who slander the prophet of Islam” speech to the United Nations General Assembly in 2012 had some overlap with the remarks this week.

Obama said there is “no speech that justifies mindless violence” and “no words that excuse the killing of innocents,” but he also envisioned a broad definition of hate speech that would include “slander” against Mohammed, along with “the hate we see in the images of Jesus Christ that are desecrated, or churches that are destroyed, or the Holocaust that is denied.”

In the years since Obama gave that speech, a substantial number of Americans have come to agree with the notion that “hate speech” should not be protected by the First Amendment as free speech. Others who are uneasy with the Constitutional implications of the government banning “hate speech” have grown comfortable with monopolistic tech companies unilaterally imposing speech codes.

Freedom of speech is diminishing around the world, a process greatly accelerated by the Wuhan coronavirus outbreak. It is not wildly unrealistic for Sisi and al-Tayeb to expect seats at the table for Muslim leaders when the latest versions of the West’s speech codes are written.

The rising hegemonic power whose ideology of speech control is rapidly becoming dominant across the Internet is not at all worried about offending Muslims, Christians, or any other religion.

2 thoughts on “Sisi: free speech that offends Muslims must be criminalized worldwide”