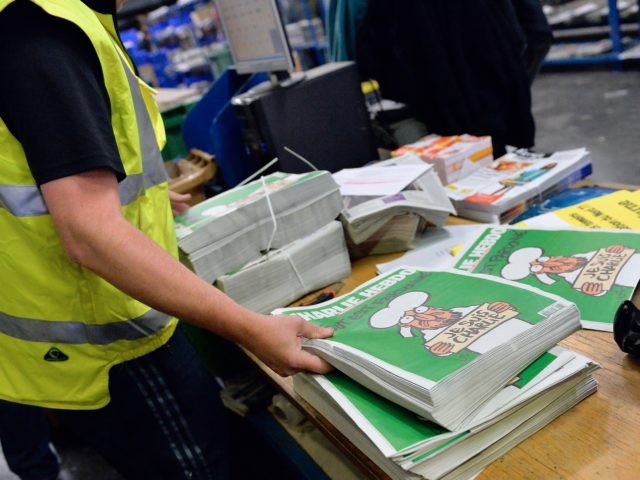 The Law Commission has proposed changes to hate crime laws in Britain that would see Charlie Hebdo style caricatures of the Islamic prophet banned, in what is being described as “the Scottish Hate Crime Bill on steroids”.

The suggested hate speech reforms from the Law Commission, an unelected official body of lawyers in England and Wales, would see the government ban the dissemination of “inflammatory cartoons” in the wake of Islamist terror attacks in France.

That’s what’s called projection. Always accuse the other of what you are guilty of.

Rep. Ilhan Omar (D-MN) accused Israel of “ethnic cleansing” after it demolished an illegal Bedouin settlement in a desert area in the West Bank last week.

Omar, who has a history of anti-Israel invective and sits on the House Foreign Affairs Committee, called the incident a “grave crime” and claimed that it violated U.S. law. 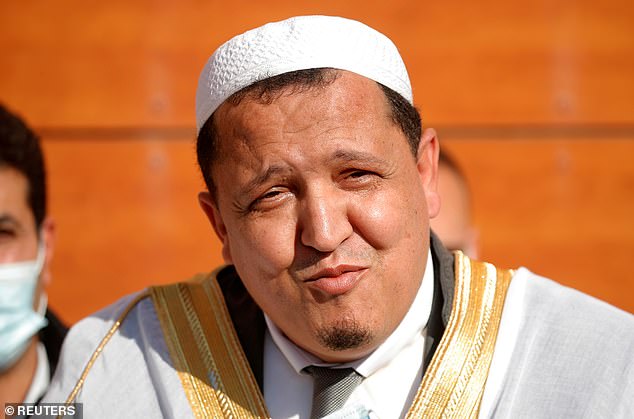 Hassen Chalghoumi, a French imam who condemned the recent terror attacks, has appealed for increased police protection after receiving ‘thousands’ of death threats

The imam, who as president of the Imams of France Conference has regularly called for interfaith tolerance, added that Mr Paty was ‘a wise man who has taught tolerance, civilisation and respect for others’.

That’s humbug. Chalghoumi reads the same Koran.  He subscribes to the same ideology. The issue is the difference between the slow jihad (by increasing immigration & overbreeding) or the fast, violent jihad by engaging in open warfare against the kuffars.

The 533-page report said that current restrictions on free speech in the United Kingdom do not adequately punish those who share “Islamophobic cartoons”, arguing that while they may already be prosecutable under section 127(1) of the Communications Act 2003, it “does not carry the same gravity or labelling as the stirring up offences. It does not reflect the fundamental harm involved, which is not that it is offensive, but that it incites hatred.”

The Law Commission said that “stirring up hatred” offences un the Public Order Act 1986 should go beyond just written material, meaning that newspaper and magazine editors could face up to seven years in prison for publishing “inflammatory images”.

The consultation also pushed the idea of creating legal protections for “philosophical beliefs”, with the Commission pointed to humanism as a potentially protected ideology– ironically, given the longstanding tradition of humanists opposing blasphemy laws.

The Law Commission went on to call for an expansion of so-called protected classes, saying that attacks on groups such as immigrants, asylum seekers, cross-dressers, sex workers, asexuals, and women should be added to the list of “hate crimes”.

The group claimed that “the whole point of hate-crime law… is to educate the public” and therefore by criminalising misogyny it would serve to remind the British public that “negative attitudes towards women are not acceptable”.

A columnist for the Spectator, Joanna Williams wrote: “The [consultation] drips with contempt for the British public: we are either hateful and in need of re-education, or pathetic and in need of protection.”

Andrew Tettenborn, a law professor at Swansea University, described the Commission’s proposals as “the Scottish Hate Crime Bill on steroids”.

“Well, we must collectively tell the Law Commission, calmly and clearly, that they can get stuffed. The enemies of freedom are circling like vultures above the carcass of an antelope – right now we are the antelope,” said Brexit campaigner Darren Grimes.

In contrast to the approach taken by the Law Commission, French president Emanuel Macron has come out in defence of free speech and Enlightenment values, after a Samuel Pay, a French teacher, was beheaded by a Chechen asylum seeker for showing his class caricatures of the Muslim prophet Mohammed from the satirical magazine Charlie Hebdo during a class on freedom of expression.

President Macron has also taken a stronger stance on radical Islamic extremism and has called for Islamists who fail to uphold French values to leave the country.

“People who think like that, let them do it somewhere else, but not on French soil,” Macron said.

Unlike the United States, the United Kingdom already has strict limits on freedom of speech, criminalising so-called “hate speech” and recording tens of thousands of so-called ‘non-crime hate incidents’, including posts on social media.

Police in England and Wales have recorded some 87,000 ‘non-crime hate incidents’ in the same police database that tracks real crimes, meaning that such “offences” are listed on a background check despite the individual not having committed any actual crime.

Police have called upon the British public to inform to them if they believe their fellow citizens have made “offensive or insulting comments, online, in person or in writing”.

Writing in opposition to the further restrictions proposed by the Law Commission, the research director for The Free Speech Union. Dr Radomir Tylecote, said: “One of the hallmarks of a totalitarian society is that the state’s writ extends into every nook and cranny of people’s lives, eroding the distinction between private and public.”

“Is this what the Law Commission wants? To set children against parents, husbands and against wives, all in the name of boosting social cohesion?”

He went on to quote a testimonial from a woman who grew up under communism in the Soviet Union, who said: “We were brought up to keep our mouths shut. ‘You’ll get into trouble for your tongue’ – that’s what people said to us children all the time. We went through life afraid to talk. Mama used to say that every other person was an informer. We were afraid of our neighbours, and especially of the police.”

That’s the UK for you. In a state of total submission. They invited the third world and are now ruled by third world rabble. Their young people are demoralised, mentally destroyed, their daughters are being raped by Moslem gangs and no one does a f*king thing about it. When it comes to societal degeneracy UK is second to none.